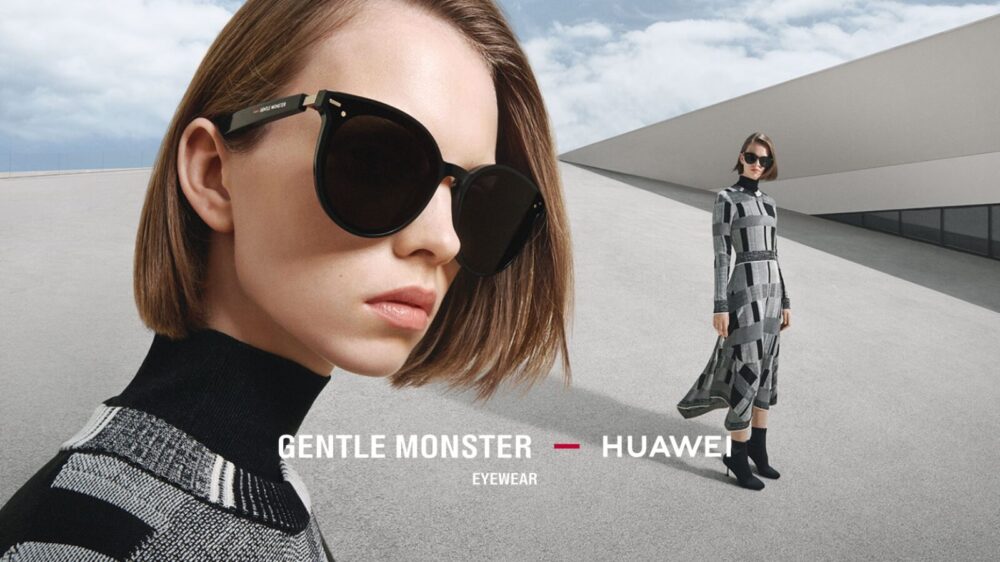 At Huawei’s launch event today the company unveiled the Matebook X 2020 laptops and its first Matebook B business laptops, but a surprise reveal left the crowd in awe. The company unexpectedly unveiled the Huawei x Gentle Monster Eyewear II, the smart glasses nobody was expecting until at least next year.

Compared to the first generation, the new Huawei Smart Glasses feature a new design for both the glasses and the carrying case. The frame is made out of a titanium alloy and can open and close at 12 degrees. The temple of the frame is lined up with speakers on either side to provide a stereo effect. These speakers have a maximum audio output of 12db so that only the wearer can hear them. The temple can be used to pick up and reject calls, control music playback, and activate the voice assistant through touch gestures just like the last generation. As mentioned before, the carrying case has been redesigned as well. It is now rectangular, the placement of the USB C charging port has changed, and the LED indicator has been moved to the center. There is no word on international availability, but since the previous generation is available in multiple countries, the new Huawei Eyewear II will likely debut in different regions as well.