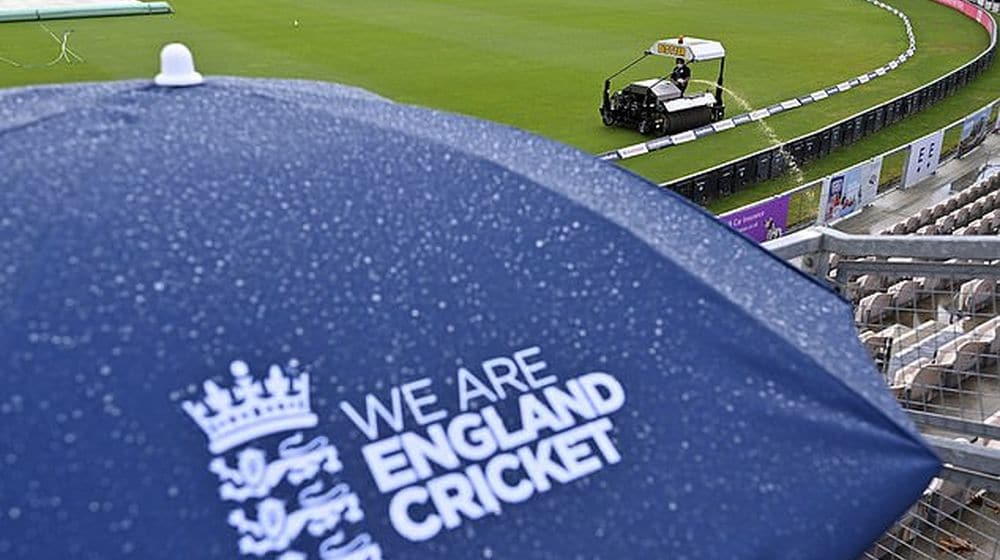 The ICC’s regulations surrounding bad light and poor weather conditions have come under severe criticism after the second Pakistan-England Test match which was marred by rain.

To counter the challenge presented by bad weather, the England and Wales Cricket Board (ECB) has decided to announce an early start to the day right after the day play has been lost due to either bad light or rain. The decision will be implemented in the third Test and play will begin at 10:30 am local time in such cases. In normal circumstances, play will begin at 11:00 am.

Earlier, England Cricket Board was reluctant to make the change because of the spectators and broadcasters, however, with all matches now being played behind closed doors and flexibility shown by the broadcasters, the decision has finally been made, Daily Mail reported.

The second match of the series went down in the history books as one of the shortest Tests in terms of overs bowled as a significant amount of time was lost due to rain and bad light. The match eventually ended in a draw as both teams shared points on the World Test Championship table.

The ICC is also closely monitoring the situation and it is reported that a meeting will be called in this regard to address the challenges posed by bad weather.