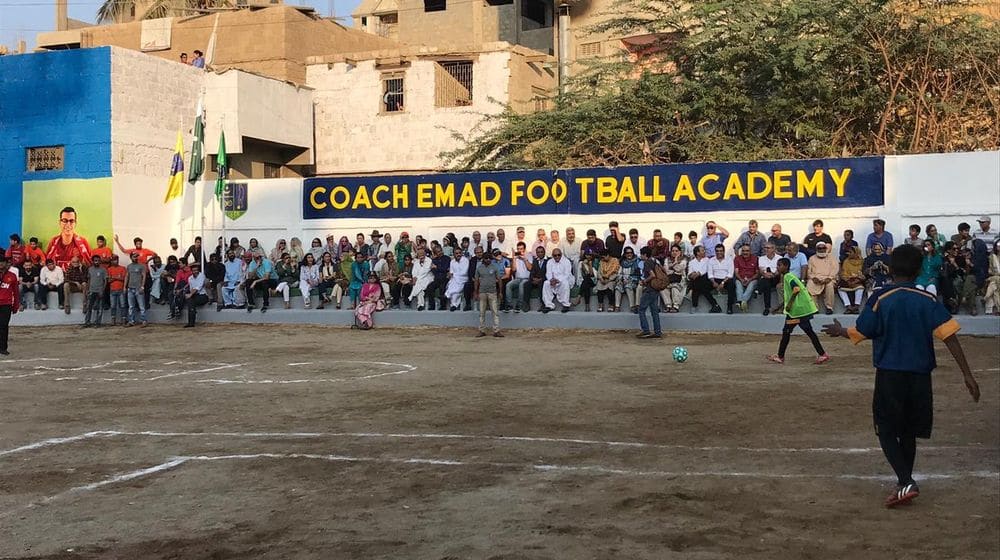 Politics is a dirty game in Pakistan. Wherever you go, there’s politics involved, so much so that a majority of the population doesn’t even bother discussing it now.

In Pakistani politics, the best thing every political party does is taking credit for things they – and even others – have done. The same is the case with a small football ground in Karachi which according to Senator Murtaza Wahab, the spokesperson of Sindh government, was built ‘through PPP’.

This is a beautiful football ground established through #PPP. Can anyone guess where it is? pic.twitter.com/YPSGSAButc

While everyone is thinking PPP is Senator’s political party – Pakistan People’s Party – however, that is not the case. It stands for Public-Private Partnership which makes everyone laud the smart choice of words by the lawmaker.

The ground was built and is being managed by private stakeholders – Azfar Naqvi and Atia Naqvi – in memory of their son. The unclear tweet has angered many social media users who are asking as to why the government is trying to fool the masses.

Senator sb, what exactly meant by through PPP? As far as I know, the academy is run by private individuals and they have developed this ground. Can you elaborate what “through PPP” meant? What is PPP or GoS contribution to development of this ground?

Very smart use of word PPP here thou :P

he stated through #PPP i.e. Public Private Partnership. Do not confuse this with Pakistan Peoples Party.