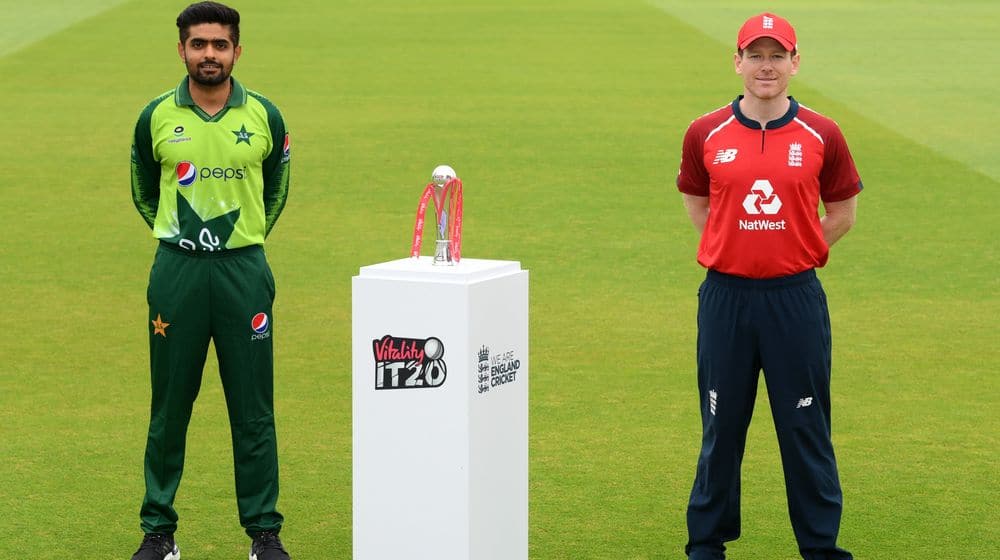 Following his failure to score big in the recently concluded Test series, Babar Azam has now set his eyes on scoring a century in the shortest format of the game against England.

The three-match series starts today as Babar Azam hopes to score big runs at Old Trafford in Manchester. The T20I captain also expressed his disappointment at not converting his starts to centuries in the Test series, adding that he’s been learning from his mistakes.

I always try to play as well as I can. It is one of my goals to score a century in T20Is and to be honest, my aim is to score one in this series. It’s disappointing that I couldn’t convert my starts into big scores, but I will learn from these mistakes. I have analyzed those in order to get better in the forthcoming series.

Talking about the playing XI, Babar hinted at handing out a debut to Haider Ali. He also said that Shadab Khan might be promoted up the order because of his ability to score quick runs. The 25-year-old, however, did not reveal his first-choice wicket-keeper for the opening game against England.