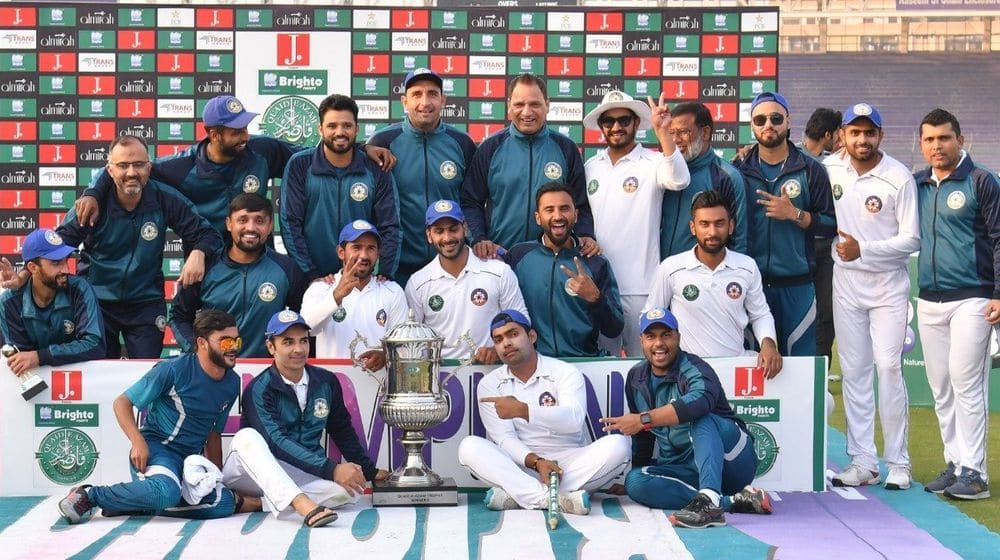 The Pakistan Cricket Board (PCB) has announced the six Cricket Association squads for the 2020-21 domestic cricket season, which will commence on 30th September with the National T20 Cup. The first round of the event will be played in Multan, while the final round will be held in Rawalpindi.

The squads were finalized by the six Cricket Association coaches who took into consideration the performances of the last two seasons.

Everything You Need to Know About Pakistan-England T20I Series

The selectors have retained 158 players who were offered 2019-20 domestic contracts and have included 34 new players, including some who represented Pakistan in the ICC U19 Cricket World Cup 2020.

Each Cricket Association squad will comprise 45 players – 32 players with domestic contracts, supported by 13 additional players – and the PCB centrally and emerging contracted cricketers, belonging to their respective regions.

Players with the seasonal contracts will be eligible to receive match fees, daily allowances, and other related benefits, wherever applicable.

The coaches, who are also members of the national selection committee, have also followed the PCB’s policy of investing in the future as the average age of the Balochistan side is 27, followed by Central Punjab, Southern Punjab, and Khyber Pakhtunkhwa with 26, whereas the same for Northern, and Sindh is 25.

Here are the complete squads: 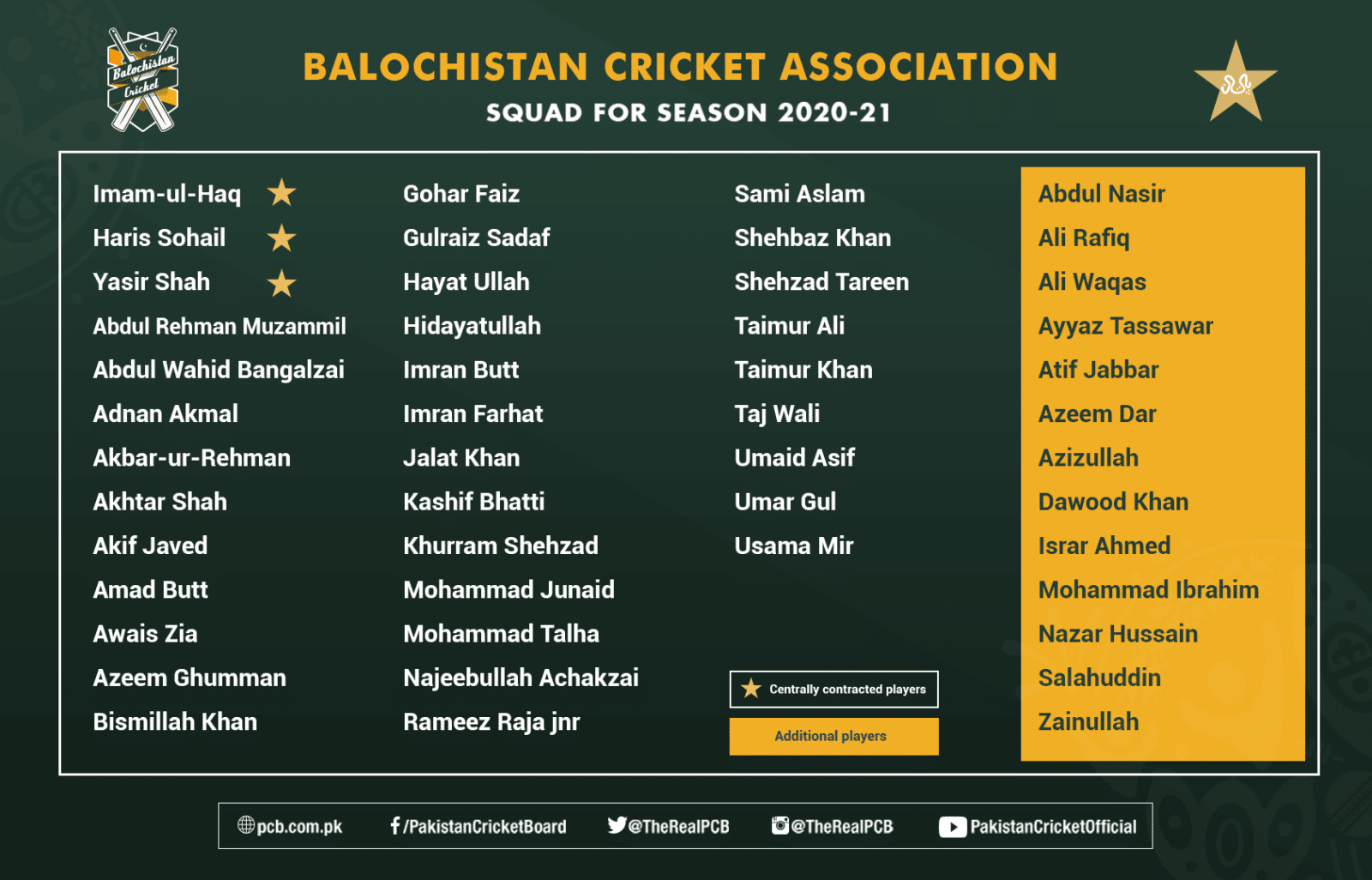 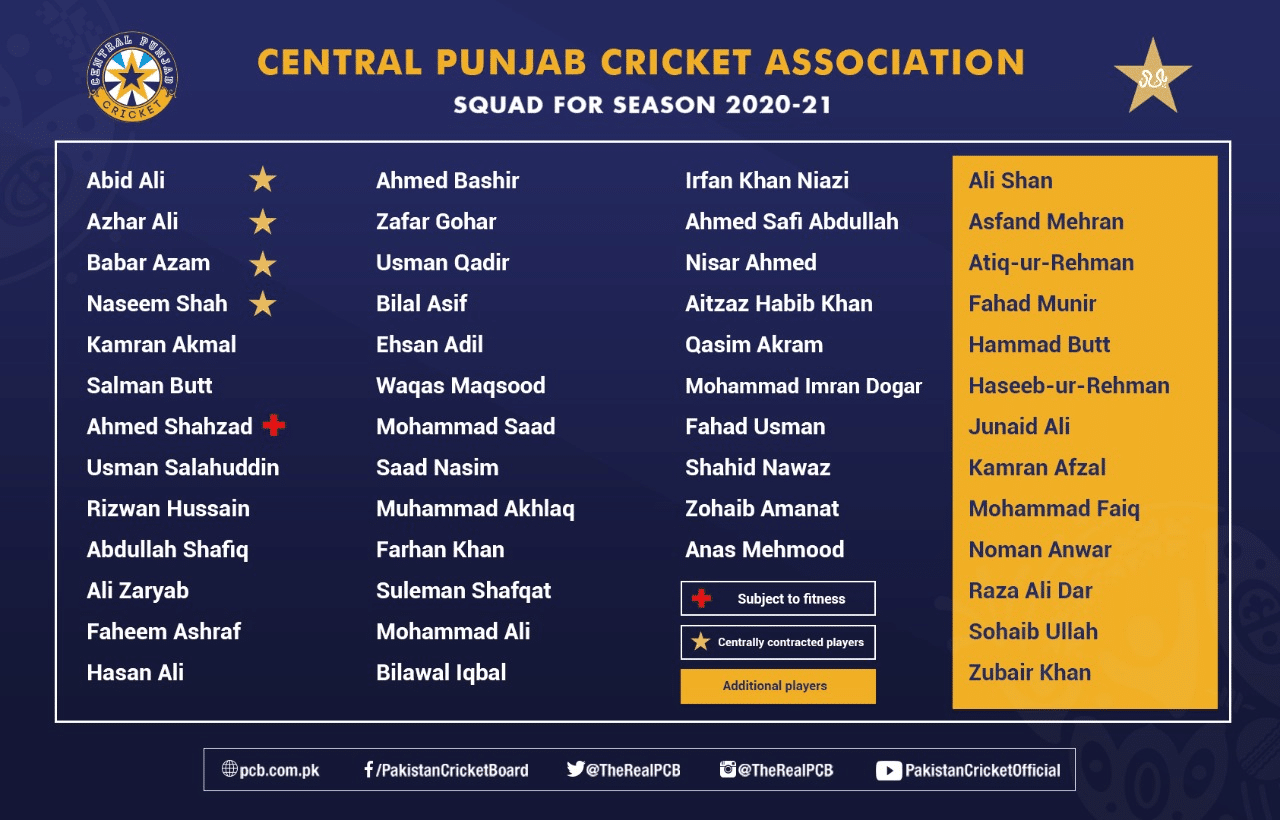 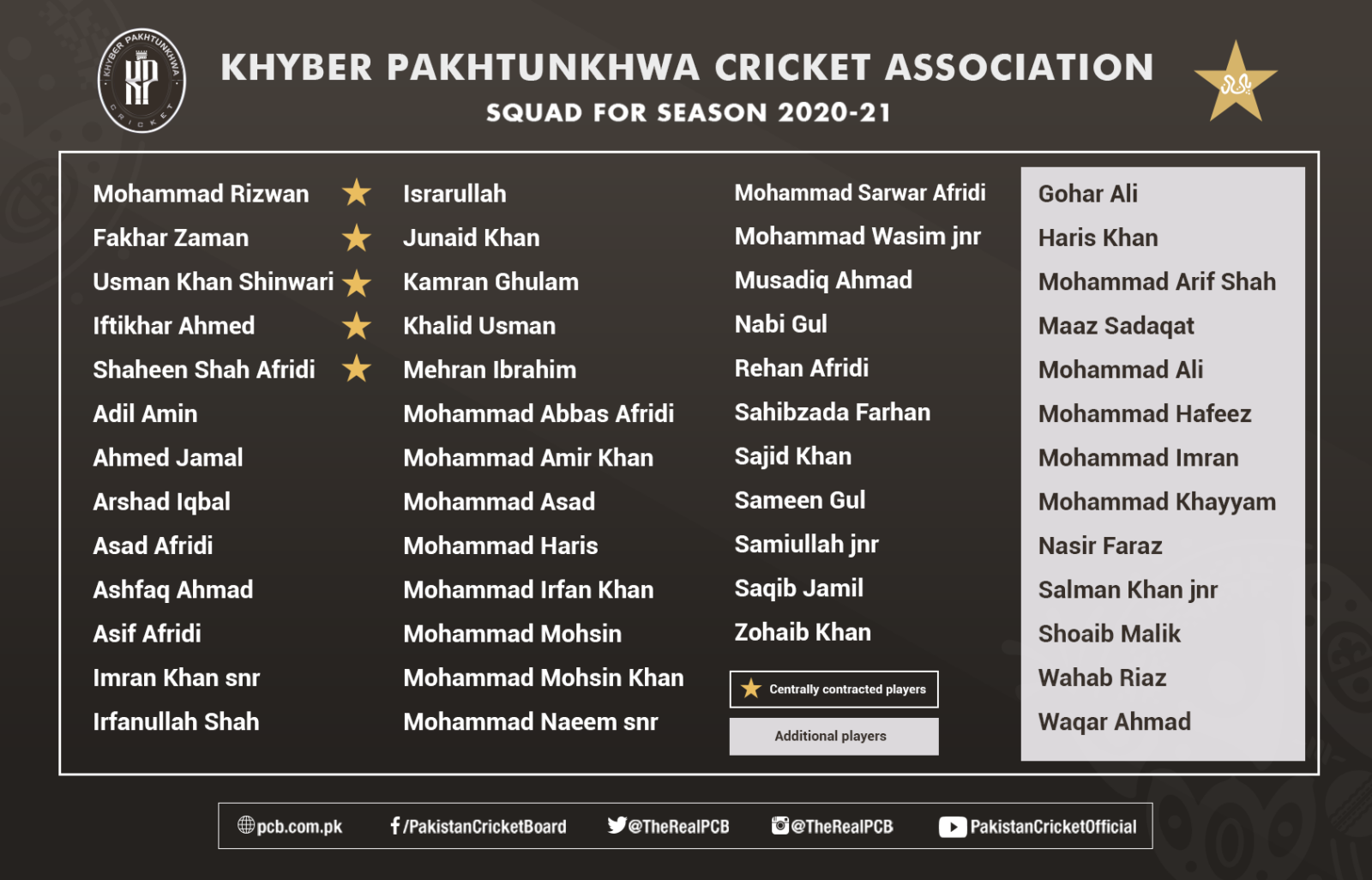 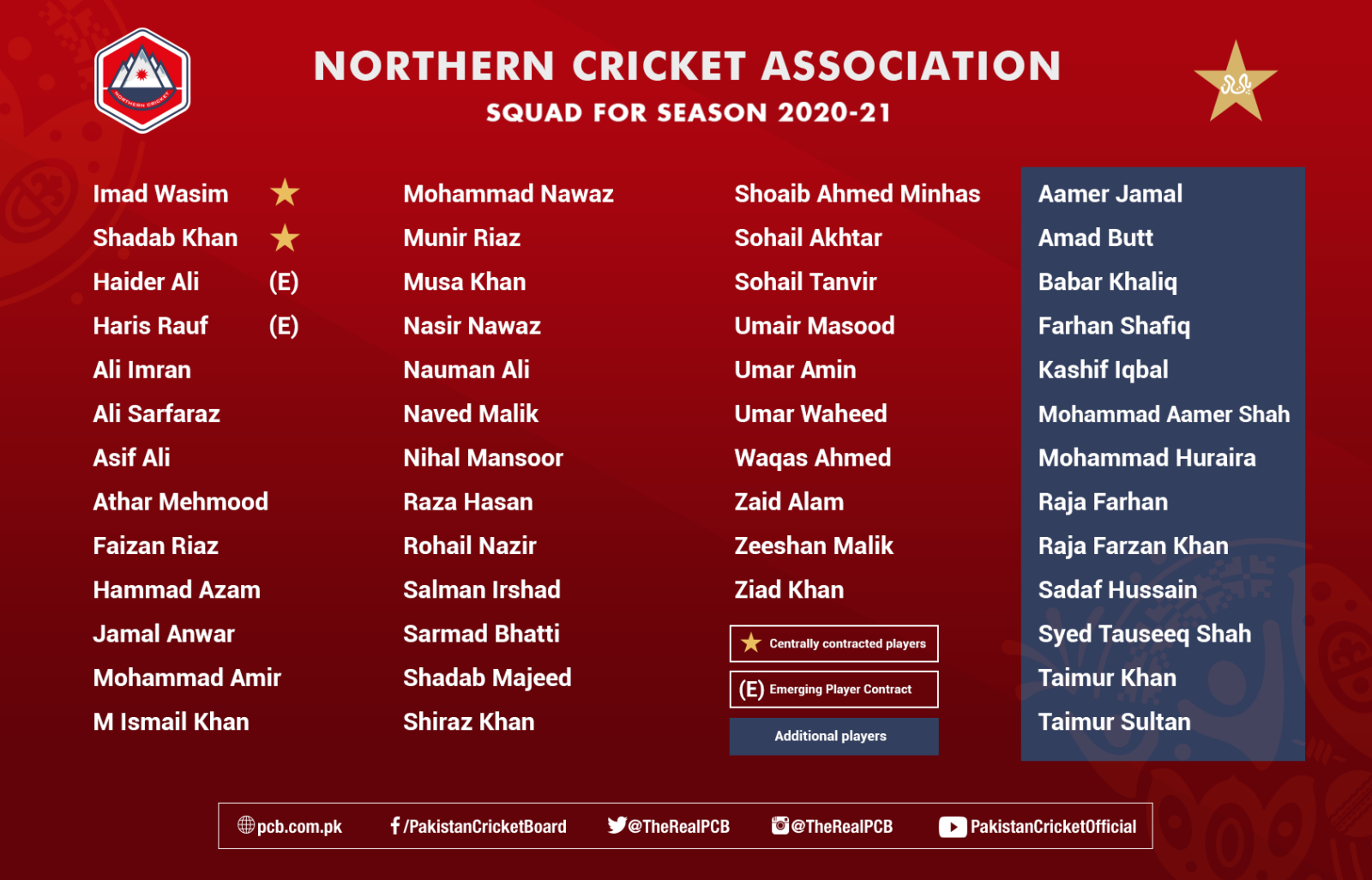 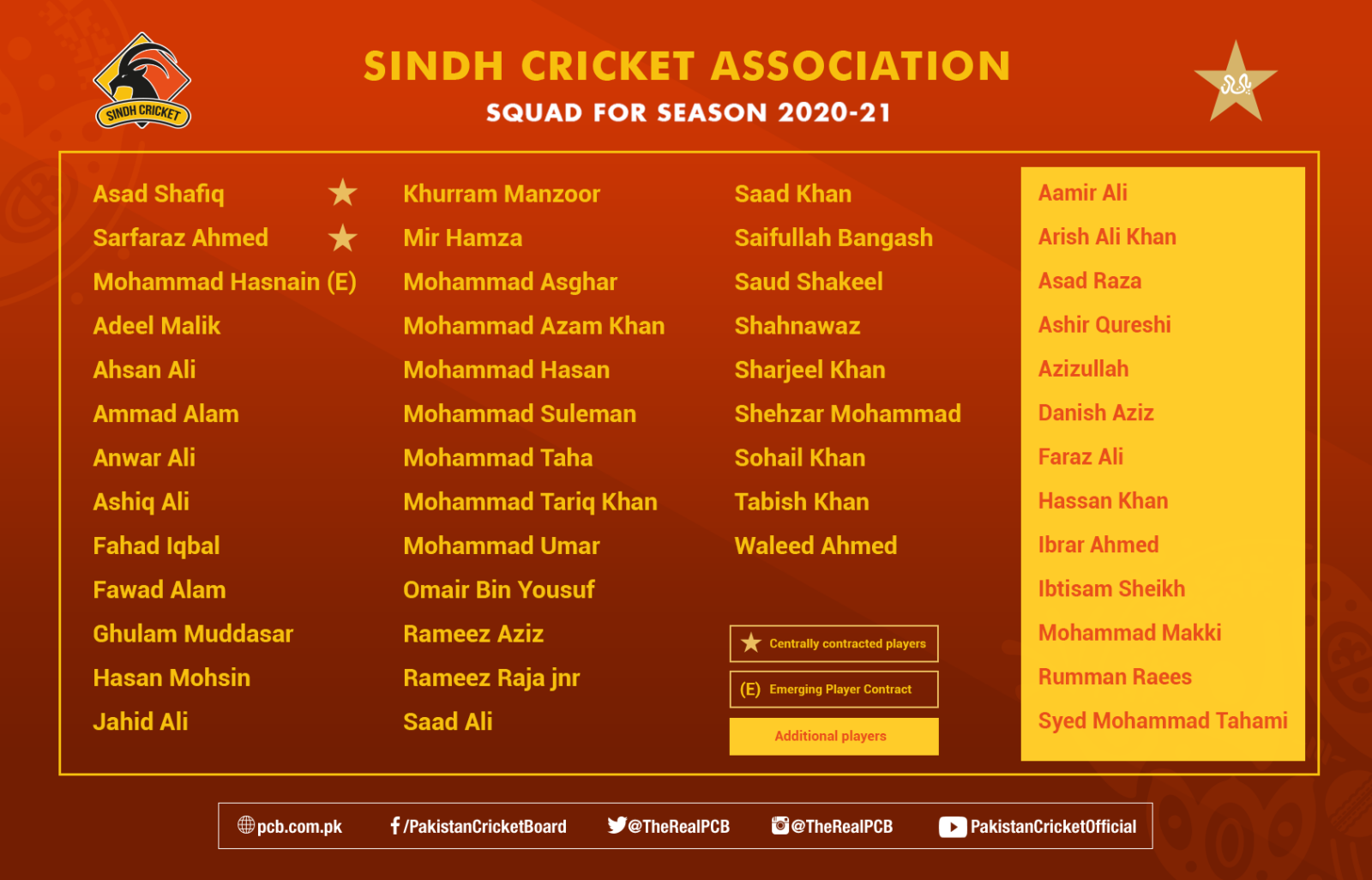 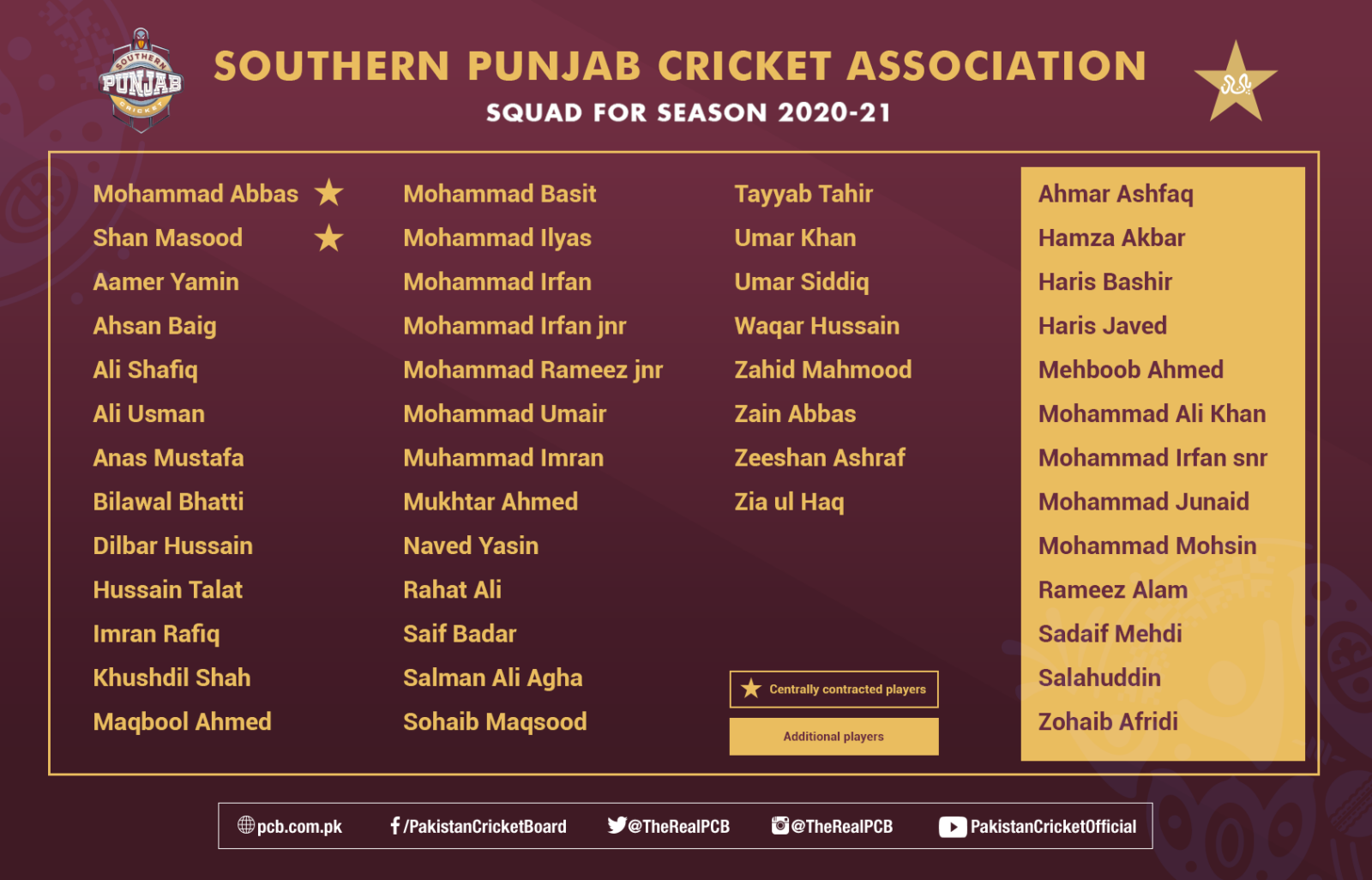 What are your thoughts on the squads? Let us know in the comments section.