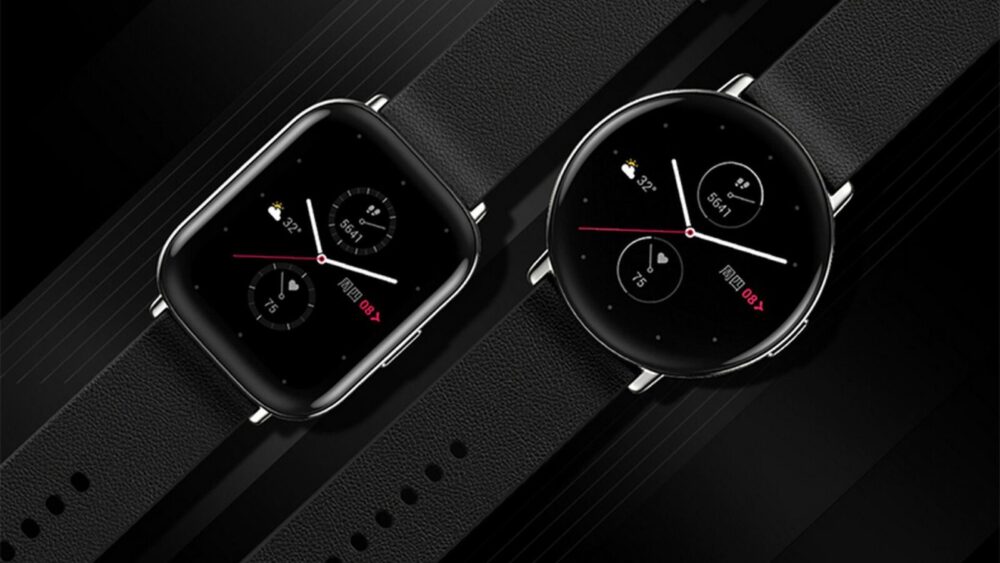 Xiaomi’s watchmaker sub-brand Huami recently renamed its Amazfit app on the Google Play Store, hinting that the lineup could receive a rework soon. The speculation turned out to be true as Huami has unveiled new smartwatches that don’t go by the usual Amazfit name and are instead called Zepp E Circle and Zepp E Square.

As the names suggest, the two new smartwatches come in different designs, one with a square-shaped dial and one with a circular dial. Both of these watches are packed with features including health trackers and fitness assistants. The Zepp E Circle and Square feature stainless steel bodies with different strap colors that are all made from different materials. Both of them have an AMOLED display, but the Zepp E Square has a slightly larger screen. They have 5ATM water resistance but there is no GPS for location tracking.

Other than the usual heart rate tracking, the watches can also track your sleep as well as blood oxygen saturation with a SpO2 sensor on board. For fitness, there are eleven different sports modes and exercise modes such as cycling, climbing, running, swimming, and more. All of the data collected can also be seen on the Zepp E app for easier tracking.

You get all the traditional smartwatch features as well such as notifications sync, answering and declining calls, music playback control, etc. As for the battery, there is a 188 mAh power cell that promises up to a week’s worth of battery life. If the watch is switched to basic mode, it can last up to two weeks. The new Zepp E smartwatches do not boot WearOS but instead feature Zepp’s own smartwatch OS.

The Zepp E Circle and Square smartwatches are available in several different color options for $250.