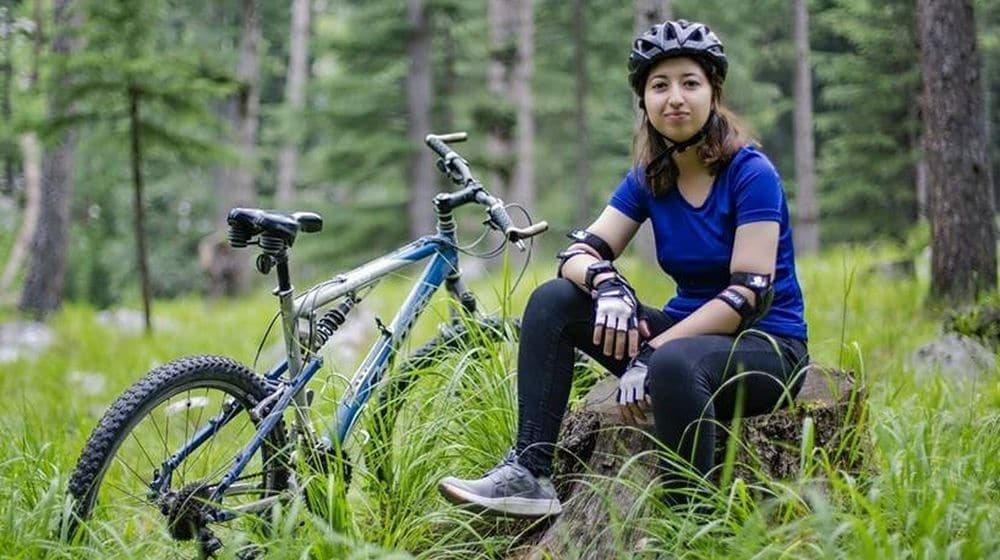 Award-winning cyclist, Samar Khan, has revealed in a video post on Facebook that she was harassed while cycling.

While cycling in the capital of the country, Islamabad, Samar was groped by an unknown person on a motorcycle and he sped away. Despite trying to chase the man on her bicycle, she was unable to catch him.

Samar described the harasser wearing a maroon shirt and carrying an office bag. Samar said that cycling for women in Pakistan is not safe at all.

Questioning the morals of the people, she said that there were others driving on the road and witnessed the incident but chose to ignore it.

Samar Khan became the first woman in the world to cycle to the top of the 4500-meter high Biafo Glacier in the Karakoram mountains in 2016. In the year following that, she became the first Pakistani woman to summit the highest peak in Africa, Mount Kilimanjaro.

Due to her exceptional achievements, she has also been selected in the ‘Global Sports Mentoring Program’ by the US Department of State and is also registered in the Pakistan Book of Records.

Harassment cases are on a rise in Pakistan and the nation is already in shock over the motorway rape case. Samar’s experience reiterates the fact that the country is becoming unsafe for women.