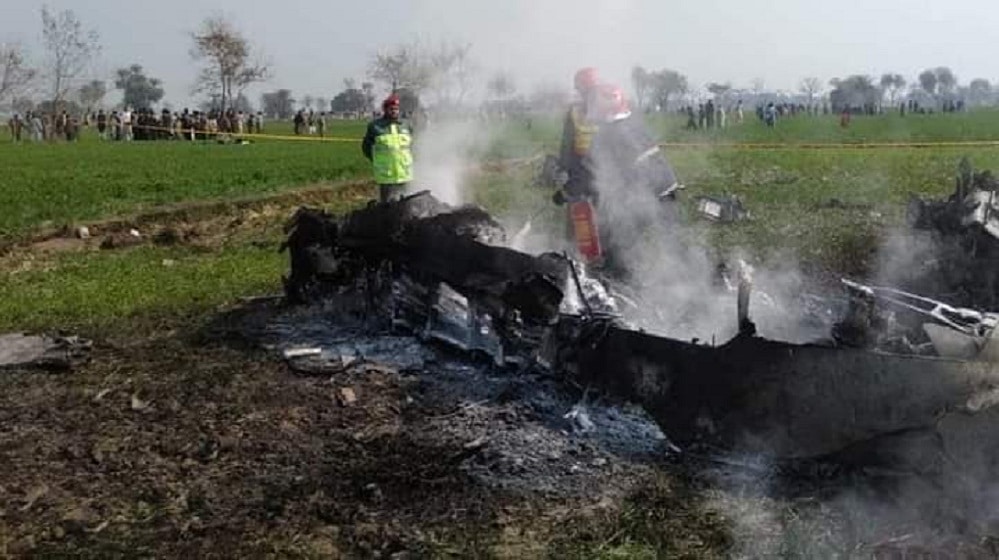 Thankfully, the pilot ejected just in time and is safe.

According to a PAF spokesperson, trainer aircraft of the PAF, during a routine flight, crashed after developing a technical fault.

The spokesperson added that the pilot maneuvered the aircraft towards empty fields before ejecting to safety to avert the loss of life and property on land.

PAF has instituted a high-level investigation board to ascertain the cause behind the crash.

On 11 March, a PAF F-16 fighter jet, while rehearsing for the 23 March parade, crashed near Shakarparian, Islamabad, after developing a technical issue. Wing Commander Nauman Akram had embraced martyrdom in the crash.

On 12 February, a PAF T-37C trainer aircraft, during a routine training flight, crashed near Takht Bhai, Mardan. On 7 February, a PAF Mirage aircraft, while on routine flight mission, crashed in the outskirts of Shorkot city near Lahore-Multan Motorway. Pilots involved in both crashes had ejected to safety just in time.

On 7 January, a PAF FT-7 aircraft crashed shortly after taking off for a training flight from M.M. Alam Airbase in Mianwali. Squadron Leader Haris bin Khalid and Flying Officer Ibaadur Rehman had embraced martyrdom in the crash.

This is a developing story…