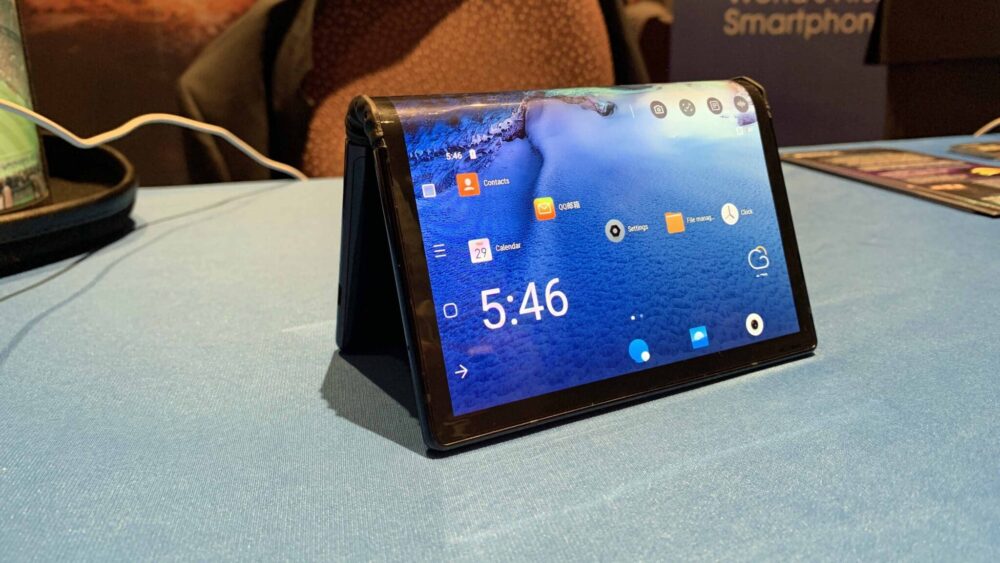 The Royole FlexPai made its name as the world’s first commercially available foldable smartphone, but unlike other foldable from major brands, it was lacking in terms of build quality, display, software, and carried a high price tag regardless. Now the new Royole FlexPai 2 is due for launch soon and we hope to see major improvements.

LG Launches its Own Take on “Foldable” Smartphones

The Chinese brand announced the successor device back in March but has now revealed a proper release date through an invite poster. The launch event will kick off on September 21, 10:30 am, Beijing time. It will be live-streamed on YouTube as well as Royole’s official website. It is expected to feature the third generation of Cicada Wing Fully Flexible OLED Display that will measure 7.8-inches with a 60Hz refresh rate. There is no word on screen resolution yet.

Under the hood, it will boast flagship specifications including Snapdragon 865 SoC and 12GB of LPDDR5 RAM. Storage has not been revealed either but the battery capacity will be 4,050 mAh. It will have a total of four cameras, a main 64MP sensor, alongside an additional 16MP + 8MP + 32MP lenses.

The Royole FlexPai 2 will be cheaper than the Galaxy Z Fold 2, but we also doubt that it will be close to Samsung in terms of build quality.