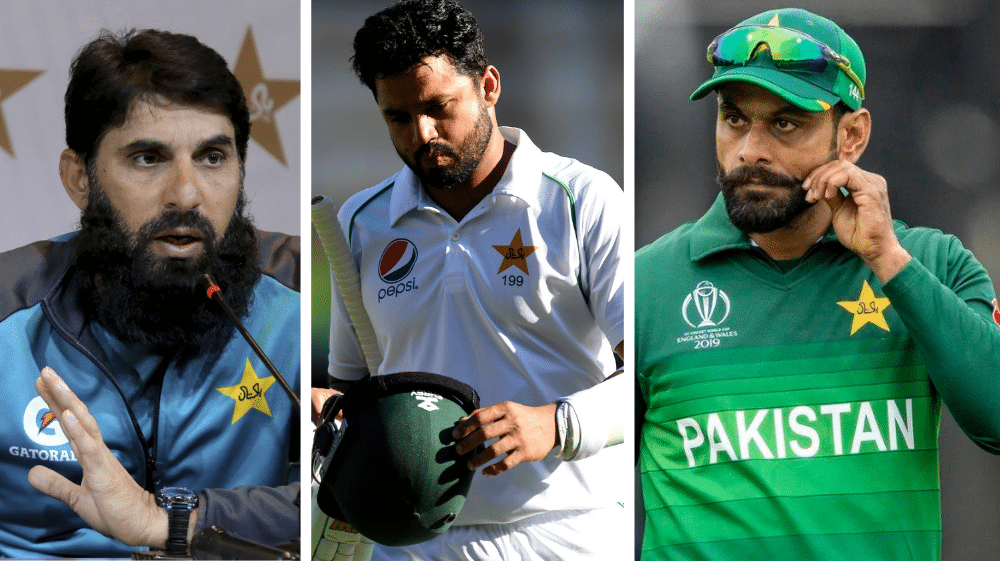 Pakistan head coach and chief selector, Misbah-ul Haq, and Pakistan’s Test captain, Azhar Ali, may be served with a show-cause notice by the Pakistan Cricket Board (PCB) for proposing changes in the domestic structure during a meeting with Prime Minister Imran Khan on Thursday.

Misbah and Azhar, along with Mohammad Hafeez and Wasim Akram accompanied Chairman PCB, Ehsan Mani, and CEO PCB, Wasim Khan, met with Imran Khan to discuss the future of the Pakistan cricket team.

Misbah, Azhar, and Hafeez requested PM Imran to reconsider his stance of abolishing departmental cricket in favor of regional cricket. The players insisted that many cricketers have lost their jobs because of the changes. PM Imran rejected the suggestion and persisted that the changes will improve the standard of cricket in the country.

According to sources, PCB officials were not pleased when Misbah, Azhar, and Hafeez brought up the issue in the meeting. The duo, who are under PCB contracts, are likely to be served with a show-cause notice. Hafeez, on the other hand, is not centrally contracted which is why he will not face any difficulty.

During a ceremony regarding PCB’s broadcasting deal with PTV Sports, Imran Khan talked about the lack of competitiveness in departmental cricket, saying:

I tried to explain to Misbah, Hafeez, and Azhar that the best players emerge when there is competitiveness. Australia is the most successful team in the world cricket and produces the best cricketers just because of the system.

According to rumors, under-fire captain Azhar Ali might be axed from captaincy after poor results against England and Australia. Reports state that former fast bowler, Wasim Akram, told PM Imran about the lack of Azhar’s leadership skills.

Wasim Akram had also criticized Azhar’s leadership qualities after Pakistan’s loss to England in the first Test, slamming him for his defensive approach.