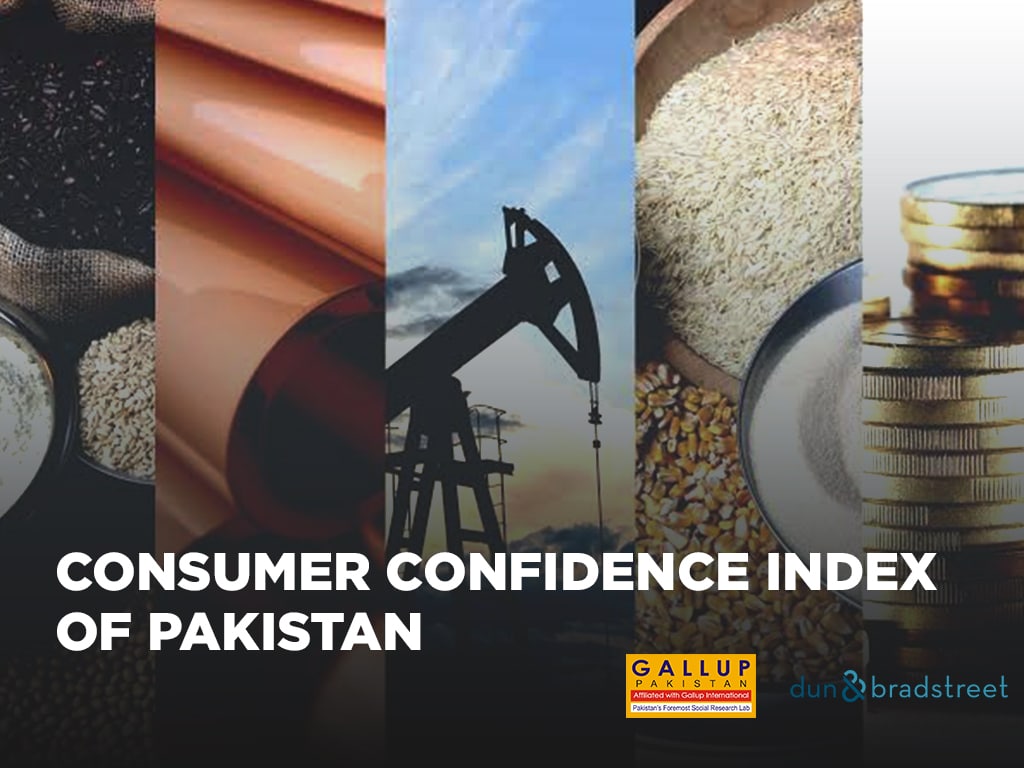 The Pakistan chapters of commercial data analysis company, Dun & Bradstreet, and Gallup International Association have launched their inaugural report titled ‘Pakistan Consumer Confidence Index (CCI)’. The CCI report has been developed by assessing consumers’ confidence about the economy as well as their personal financial situation.

This index is a reflection of ‘Current Sentiments’ (economic changes felt in the last six months), as well as ‘Future Expectations’ (changes expected for the next six months) of the consumers across the country.

The Consumer Confidence Index ranges from 0 to 200, with 100 as the neutral value. A score of less than 100 indicates pessimism. The Consumer Confidence Index was 79.1 points in August Survey, compared to 79.0 points in the February Survey. Thus, the overall consumer confidence in Pakistan has remained pessimistic in both the surveys and was pessimistic even during pre-COVID times.

Sentiments about the current situation are more negative in August Survey due to the impact of COVID-19. This is indicated by a decline of current CCI by 12% to 60.7 in the August Survey, compared to a score of 69.1 in February’s Survey.

According to the findings of the survey, the unemployment situation in the country seems to be the most impacted as a result of COVID-19. Four out of five consumers feel that unemployment has increased or increased a lot compared to the last six months (pre-COVID situation). Consequently, 51% of the respondents expressed concern that their Household Financial Situation had worsened in the last six months.

Current CCI declined by 7% in Balochistan and 14% in Punjab, while KPK witnessed the worst decline in consumer sentiments by 33%. In Sindh, the consumer confidence Index was 60, indicating high pessimism. However, this was an improvement by approximately 10% from Feb Survey indicating that pessimism was very high in Sindh even during pre-COVID times, and the situation is marginally better now.

We envisage this report to be informative and useful for Policy Makers, Development Financial Institutions, Small & Medium Enterprises, Large Private Sector Companies as well as Regulators and Research & Educational Institutions in Pakistan. It would be especially relevant for Industries directly or indirectly serving consumers and help them understand the pulse of the market. Government departments keen to understand the sentiments of citizens across the country (especially in the COVID impacted situation), should find it especially interesting and insightful.

Bilal Ijaz Gilani, Executive Director Gallup Pakistan, while commenting on the findings of the report said,

Pakistanis are generally optimistic people and the current CCI report reflects the same. Despite the very difficult six months marked by the COVID-19 outbreak in the country, a large proportion of consumers remain optimistic that the economic conditions of the country will improve in the coming days. We, at Gallup, feel that the recent economic indicators including figures on exports, remittances, and inflation point to short term economic stability with a 4-5% rise in GDP growth rate in the next 2 years.

Due to early signs of economic rebound seen in Pakistan during Jul-Aug 2020, respondents are less pessimistic about the future in all the 4 major provinces in which the survey was conducted. Future expectations of the consumers (Future CCI) improved by 9.5% to 97.5.

This improvement can be largely attributed to consumer optimism relating to their household financial situation and savings in the next 6 months compared to the current situation. However, future CCI is still marginally in the pessimistic range as 55% of respondents feel that there will be fewer jobs in the next 6 months and 3 out of 5 consumers opined that the country’s economic situation will remain the same or further worsen.

On the whole, while the current situation has dampened the spirits, consumers all across Pakistan relatively more optimistic and upbeat for the economic situation to improve than they were six months earlier.

Across demographics, current sentiments are low as was expected due to the impact of the COVID-19 situation. However, with the rapid decline in cases since mid-June, consumers are less pessimistic about the short-term outlook for the next 6 months. In particular, we noticed that optimism is high amongst females and urban respondents.