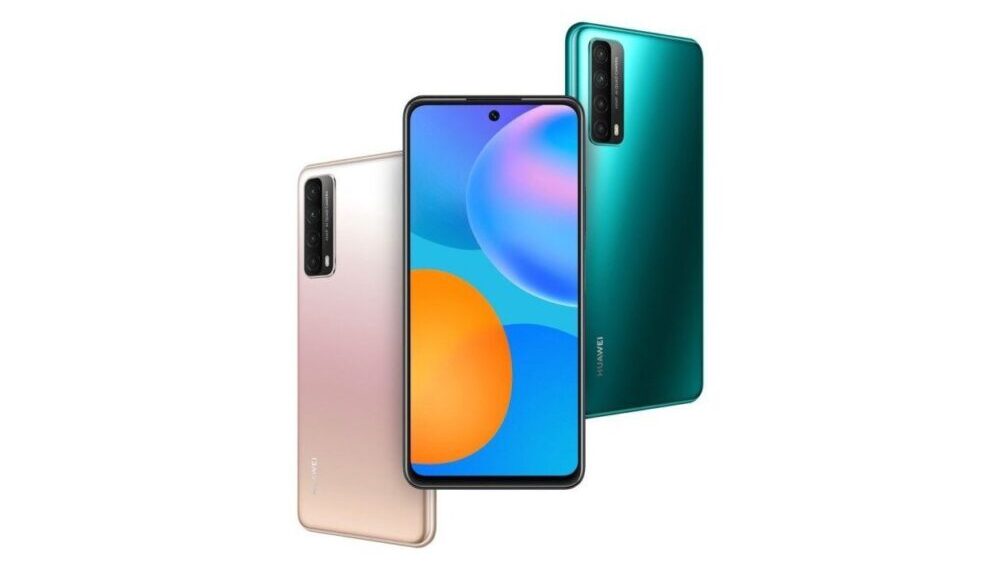 Although 2021 is still 3 months away, Huawei has unveiled the P Smart 2021, which is a mid-range device available for sale already. It comes with a modest Kirin chipset, a large 5,000 mAh battery, and a 48MP quad-camera setup.

The 6.67-inch LCD has a punch-hole camera in the center akin to Samsung handsets. The display has an FHD+ resolution, a 20:9 aspect ratio, and small surrounding bezels. The fingerprint sensor is mounted on the side that doubles as a power button.

The rear panel has a vertical primary camera setup with four lenses and an LED flash next to it in a separate strip.

Under the hood, the handset features the Kirin 710A chipset paired with 4GB RAM and 128GB storage. Despite the significant amount of internal storage, there is still a microSD card slot for storage expansion. The Kirin 710A is one of the first chips mass-produced by SMIC for Huawei and it is based on the same 12nm technology as Kirin 710.

You get Huawei’s EMUI 10.1 on top of Android 1o without Google Mobile Services.

The main camera on the back is a 48MP shooter alongside an 8MP ultrawide lens, a 2MP macro camera, and a 2MP depth sensor. This camera can record 1080p and 4K video clips, but they are limited to 30 FPS. The selfie camera is an 8MP shooter capable of 1080p video recording.

The large 5,000 mAh battery is equipped with 22.5W fast charging. Huawei claims that it can provide 2 hours of use with just 10 minutes of charge.

The Huawei P Smart 2021 will go for sale in Europe first for €229. It will be available in black, green, and gradient colors.