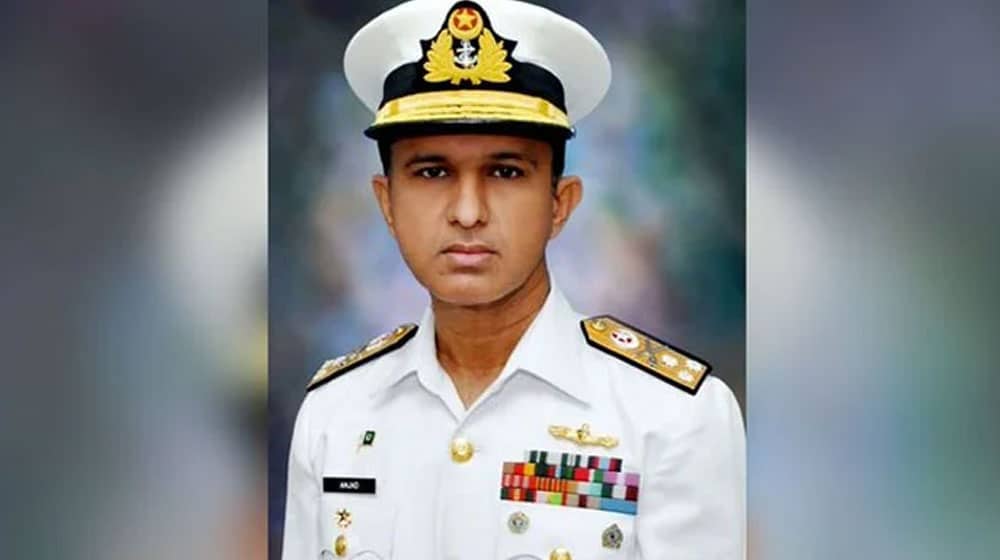 President Arif Alvi has appointed Vice Admiral Amjad Khan Niazi as the next Chief of Naval Staff (CNS). He has also been promoted to the rank of Admiral. Niazi will replace the Admiral Zafar Mahmood Abbasi, who will retire on October 6.

The change of command will take place on October 7, at PNS Zafar, Islamabad, according to a Navy spokesperson.

He was commissioned in the Operations Branch of the Pakistan Navy in 1985, where he received the coveted Sword of Honour.

His previous staff appointments include principal secretary to the chief of the naval staff, head of F-22P Mission China, Deputy Chief of Naval Staff (training and evaluation), and Director General of Naval Intelligence.

Sindh Buys ‘Mosquito Nets’ at Rs. 9,000 Each for Rain-Affected Animals

Admiral Niazi graduated from Army Command and Staff College, Quetta, and National Defence University, Islamabad. He has a Masters Degree in Underwater Acoustics from Beijing University of Aeronautics and Astronautics, China.