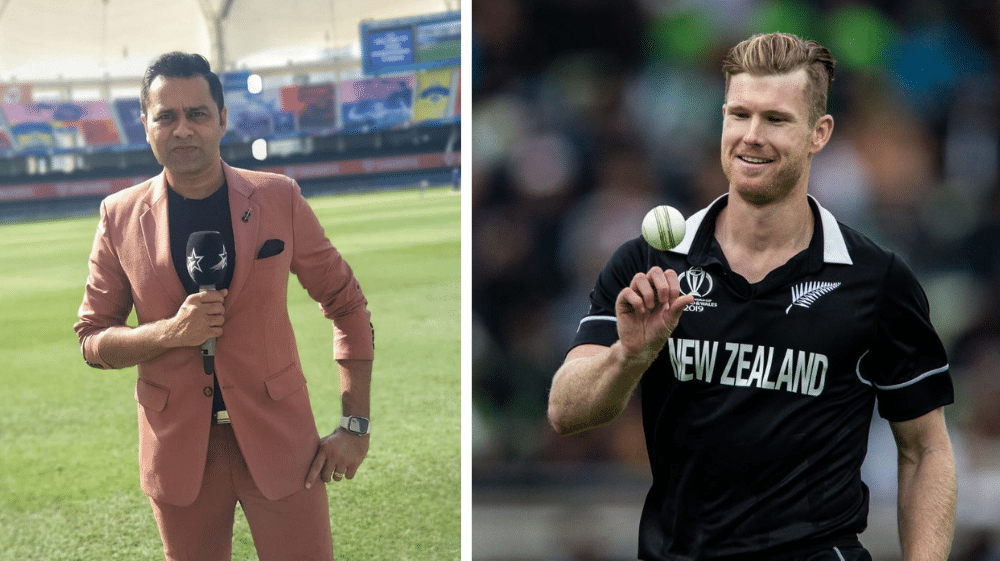 New Zealand all-rounder, Jimmy Neesham and Indian commentator, Aakash Chopra engaged in a war of words on Twitter, after the cricketer-turned-commentator said that the Kiwi all-rounder ‘is not a match-winner’.

Chopra criticized the IPL team, Kings XI Punjab, for playing Jimmy Neesham. He said that Neesham can’t bowl at the start or at the death, further saying that he’s neither a good finisher nor a good enough batsman to bat in the top four or five. KXIP are wasting a spot by playing Neesham who is not a match-winner.

He added that Kings XI Punjab have Afghanistan spinner, Mujeeb-ur-Rahman, sitting in the dugout who would be a better addition to the team in place of Neesham.

This didn’t sit too well with the Kiwi all-rounder who took to Twitter to respond to Chopra’s analysis and pointed out his T20 credentials.

Chopra was part of the Kolkata Knight Riders squad in the first two seasons of IPL. He played only seven matches in IPL and scored 334 runs at an average of 18.55 and a strike rate of 91.

Chopra replied to Neesham’s comments straight away. He said that he is no longer a cricketer and doesn’t get paid to play cricket anymore, adding that Neesham has a problem with Chopra’s cricketing stats rather than his analysis.

Correct my friend. That’s why nobody picks me anymore. I get paid for doing something else 😇🤗 I’m glad that you don’t have an issue with my observations but with my cricket stats. Go well for the rest of the #IPL. https://t.co/FFuYAyFtMZ

Jimmy Neesham has been in a poor run of form while playing for the Kings XI Punjab. He has been a part of the losing side for the two matches that he has played without any wicket to his name or a substantial amount of runs.