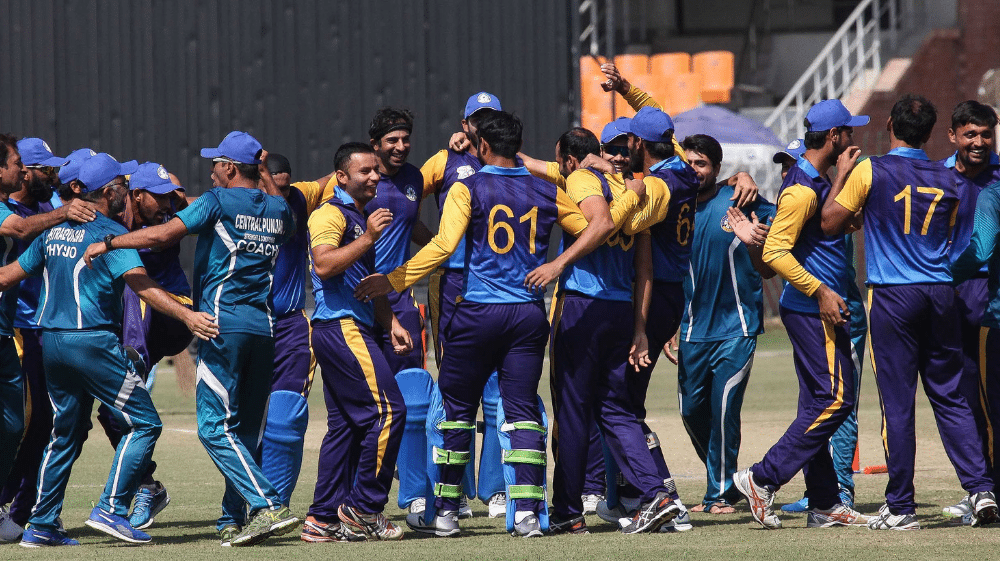 Central Punjab have been crowned the champions of the National T20 2nd XI Cup after defeating defending champions Northern. Central Punjab comfortably chased down a target of 134 with 7 wickets in hand.

The format of the National T20 2nd XI Cup was different from the first XI tournament. Whoever came at the top of the table after playing each team once, was to be crowned the champion. Central Punjab required to win their last match against Northern to take home the title, if they failed to register a win, KPK would have been the winner based on a better net run-rate.

Northern won the toss and elected to bat first in what looked like a batting-friendly wicket. But they were not able to get off to a good start, having lost 5 wickets for only 37 runs. Sarmad Bhatti and Aamer Jamal battled their way to a respectable score of 133 in their allotted 20 overs.

Left-arm pacer Waqas Maqsood was the pick of the bowlers from Central Punjab, picking up 3 wickets for only 23 runs in his 4 overs. Kamran Afzal and Muhammad Ali picked up 2 wickets each.

Central Punjab got off to a flyer with openers Nauman Anwar and Junaid Ali. Nauman scored 26 runs before eventually getting out to Athar Mehmood. Junaid wasn’t rattled though, he scored an unbeaten 66 runs to take his team over the line. Central Punjab chased down the target with 9 balls to spare and 7 wickets in hand.

This is the first time Central Punjab have won this title.