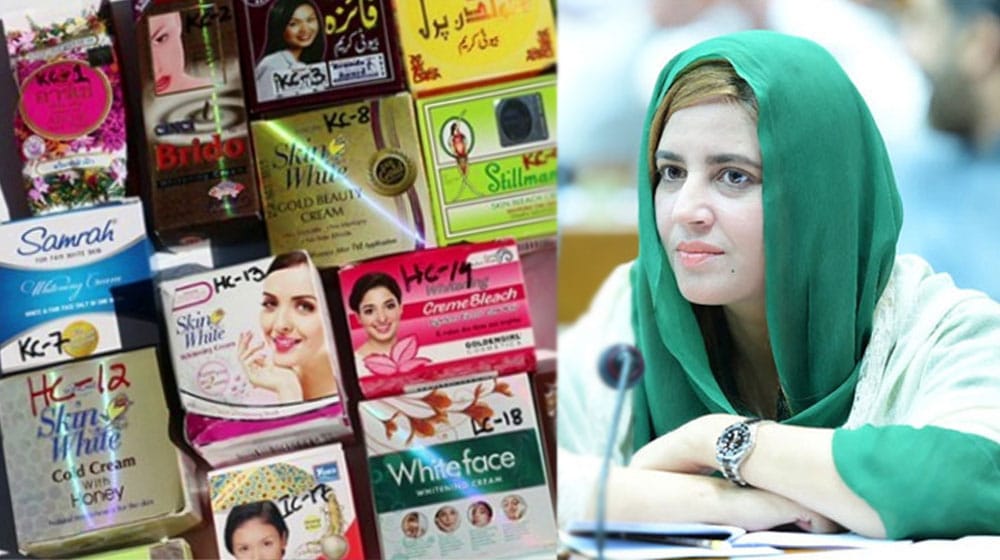 Minister of State for Climate Change, Zartaj Gul, has revealed that 57 whitening products in Pakistan, including some international brands, contain cancer-causing elements.

She made these remarks while addressing a news conference in Islamabad.

A sur­vey conducted by the min­istry revealed that 57 out of 59 creams had mercury lev­el above 1pbm, which is a matter of concern.\

The State Minister said that the man­ufacturers of whitening products have been advised to reduce the mercury level from the products.

Skin-whiten­ing products manufacturers have been asked to reduce the mercury level in their prod­ucts to 1pbm by the end of 2020.

Zartaj Gul said that the gov­ernment is bringing an action plan to control the use of mercury and other harmful substances in skin products. She also urged the media to discourage misleading advertisements regarding skin whitening products.

She said that the gov­ernment is encouraging in­dustries to make mercury-free products and wants to take all stakeholders, especially makers of whitening creams, in confidence regarding the legislation on using mercury.

“We met CEOs of many man­ufacturers of skin whitening products and asked them to re­move mercury from the prod­ucts,” she said, adding that excessive amount of mercury in whiten­ing creams is dangerous.

Gul highlighted that an international manufacturer renamed its product, Fair & Love­ly, to Fair & Glow on the ministry’s recommendation.

She noted that the federal cabinet has approved the Minamata Convention on Mercury and that the ministry will pass and appropriate legislation to implement the convention.

The minister added that the Global Environment Facility (GEF) is funding the government to help protect the human health and the environment from mercury and mercury compounds.