Remittances from Overseas Pakistanis continued to show a healthy trend with a record trend of above $2 billion inflows for the fourth consecutive month in September.

Remittances received in June stood at $2.47 billion. It surged to an all-time high record in July at $2.78 billion and then $2.09 billion in August and $2.3 billion in September. 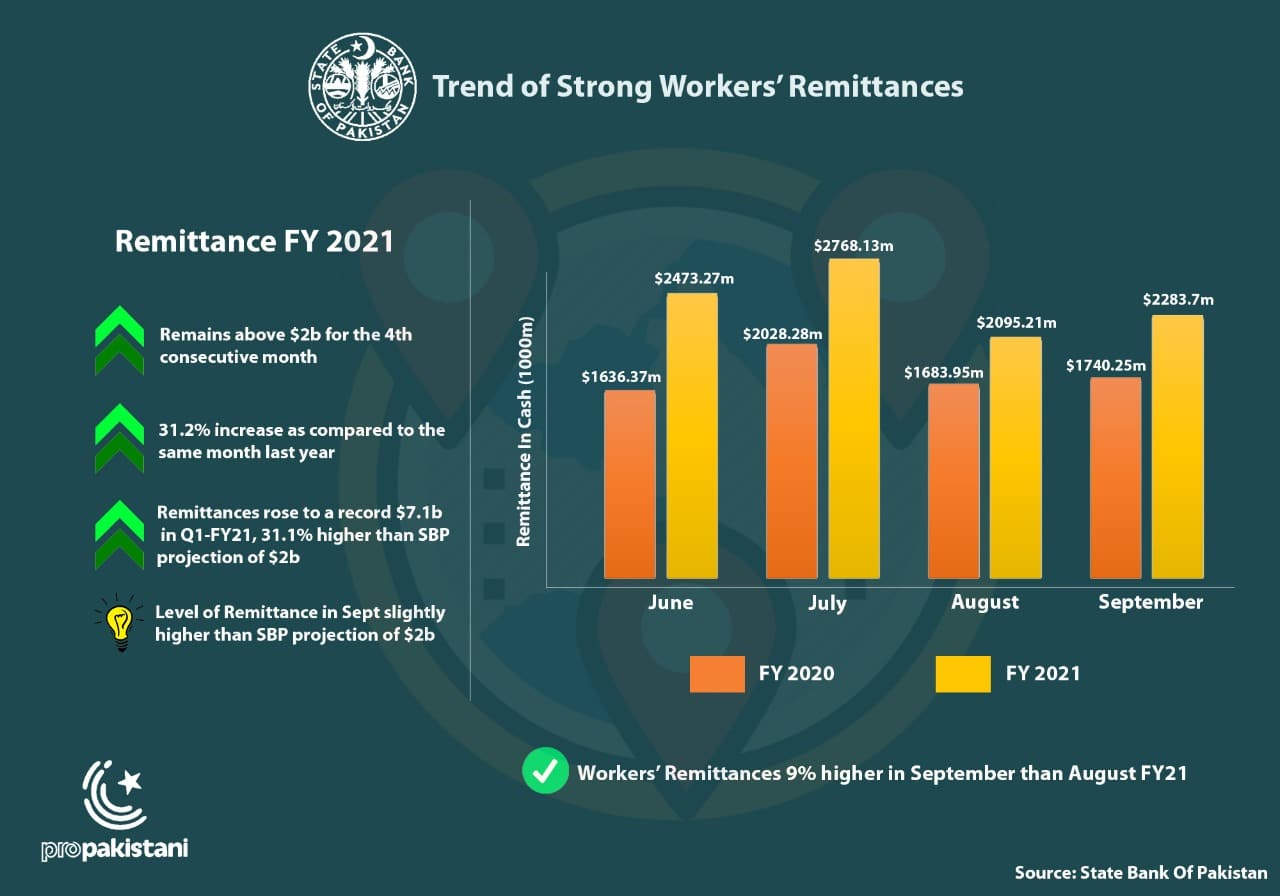 The level of remittances in September was slightly higher than SBP’s projections of $ 2 billion.  Efforts under the Pakistan Remittances Initiative (PRI) and the gradual re-opening of major host destinations such as the Middle East, Europe and the United States contributed to the sustained increase in workers’ remittances.

Despite Covid more good news for our economy. Alhamdulillah, remittances from our hardworking overseas Pakistanis rose to $2.3 bn in Sept 2020, 31% higher than last Sept & 9% higher than August 2020. This marks the 4th consecutive month that remittances have remained above $2 bn

Economic analysts said that the remittances from overseas Pakistanis surged as a result of increasing utility of the banking channels in the suspension of air travel which ultimately put a break to other channels such as Hawala and Hundi.

The government incentivized scheme for attracting remittances is also supporting the growing inflows of remittances. On the other hand, some of the analysts were of the view the growth in remittance inflows recorded as a result of the lockdown in different countries which ultimately took a toll on the business and jobs of the overseas Pakistanis who are planning to come to the homeland selling out their assets in hosting countries.

The healthy growth in remittances continued to intact its support to the current account of the country. The introduction of the Roshan Digital Account, which also attracted handsome values so far, and Naya Pakistan Certificate, is likely to invite more inflows of foreign exchange in the coming months.