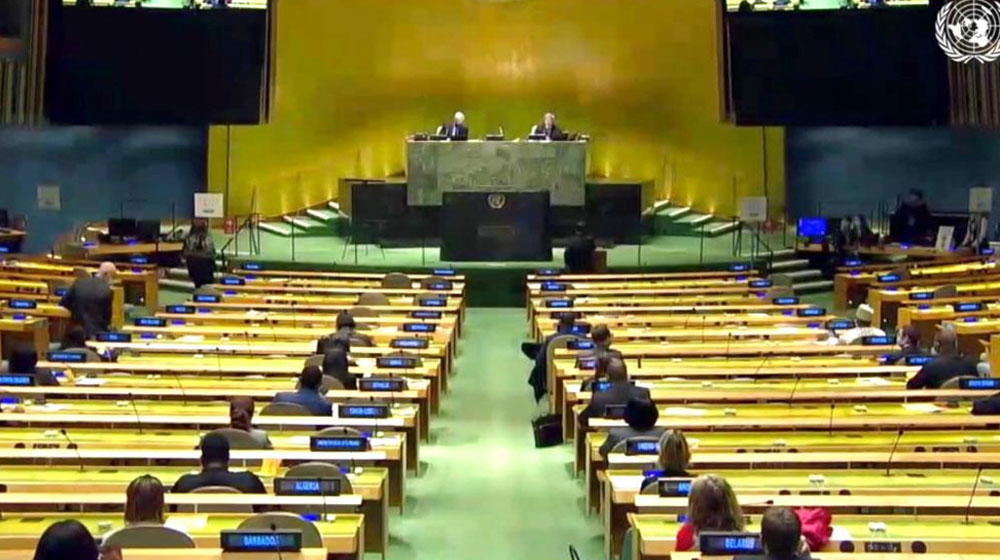 Pakistan has been re-elected to the United Nations Human Rights Council (UNHRC) for the fifth time in a row. Despite fierce Indian propaganda, Pakistan regained the seat by securing an overwhelming majority.

It was the highest score among all candidates from the Asia-Pacific region. Besides Pakistan, China, Saudi Arabia, Uzbekistan, and Nepal had vied for the membership.

Pakistan was last elected on the UNHRC in 2018 and will continue for another three-year term starting January 1.

Pakistan re-elected to the UN Human Rights Council with an overwhelming majority today, securing 169 votes in the 193 member UN General Assembly. Since HRC’s establishment in 2006, this is the fifth time Pakistan has been elected to the premier UN body on Human Rights @UN_HRC pic.twitter.com/j7soezaBL9

Qureshi maintained that Pakistan’s election reflects the international community’s confidence and trust in Pakistan’s commitment to a progressive national and global human rights.

Pakistan has always been part of the global human rights body since its outset in 2006. However, this time around, the Indian lobby was quite active to block the country’s way into the human rights body.

Former Pakistani journalist, Taha Siddiqui, and several others like him launched a campaign against Pakistan’s re-election on India’s behest. They created a wave on social media, trying to establish Pakistan as an anti-democracy state, controlled by the deep state. Some of them even met officials of the UN Watch – an UN-accredited human rights watchdog – in a bid to lobby against Pakistan.

Taha Siddiqui revealed this on Twitter, days before the Election Day.

I spk to @UNWatch of why #Pakistan should not be re-elected @UN Human Rights Council.

"PM @ImranKhanPTI has been selected by #military to create a democratic facade. Human rights abuses are rampant with rising enforced disappearances, curbs on media & persecution of minorities" https://t.co/nrVfawmp6J

However, such malicious attempts failed pathetically in their propaganda against Pakistan, as the country got re-elected for another three years.