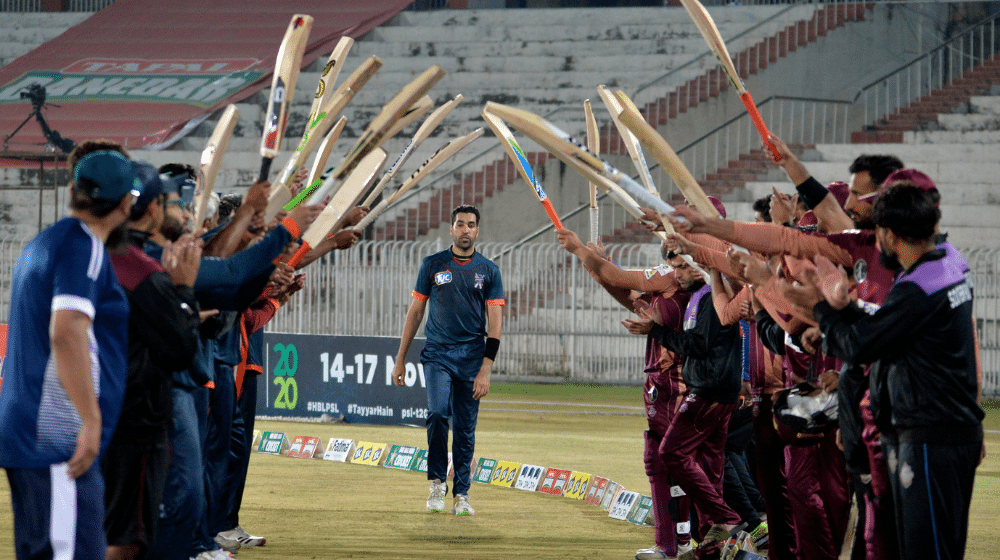 Pakistani pace Umar Gul has bid farewell to cricket after an amazing 20-year journey. Gul announced his decision to retire from all formats of the game prior to the start of the National T20 Cup. He played the last match of his professional career on Friday, representing Balochistan against Southern Punjab in the National T20 Cup.

After the match, players from both sides gave a send-off to Umar Gul, which brought him to tears.

Gul has been regarded as one of the finest T20 bowlers of his generation, leading Pakistan to World T20 glory in 2009 with his sublime bowling displays. He was also influential in Pakistan’s run to the final in World T20 2007 and semi-finals in ICC Cricket World Cup 2011.

Gul represented Pakistan in 237 matches across all formats, picking up 427 wickets. Gul has represented various teams in several countries over his long career, Western Australia, Gloucestershire, Sussex, Kolkata Knight Riders are some of the teams he has played for. He also played for Quetta Gladiators in Pakistan Super League.

Gul received congratulations for his illustrious career from current and former cricketers on Twitter:

Here’s The Semi-Final Lineup of the National T20 Cup

Umar Gul @mdk_gul started his ODI (Sharjah) & Test (Karachi) careers in 2003 and went on to impress in all formats. He was an amazing servant. Congratulations on an impactful career & thank you for your service. pic.twitter.com/NuEufk0RdN

This tweet is to pay homage to one of the most skilled bowlers who wore green star on his chest. Congrats @mdk_gul on such a brilliant career. Your yorkers and match winning spells for Pakistan will always be remembered. #Respect #legend pic.twitter.com/JE0EEqNYdB

As a fan of ur bowling would like to hug u again & want to congratulate u on ur charismatic Career @mdk_gul pic.twitter.com/EVnw1pnyz5

For all his brilliance on the field, Gul suffered a lot of injuries which brought his international career to a halt, but his services for the Pakistan national team can never be forgotten.