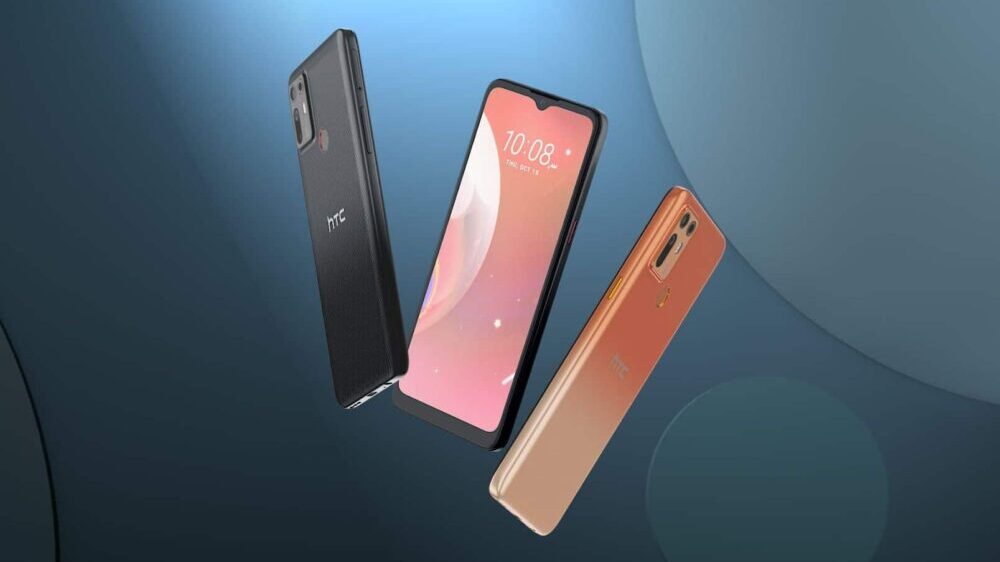 The HTC Desire lineup is expanding once again with the Desire 20+, nearly a month after the Desire 20 Pro was released in Europe. The Desire 20+, on the other hand, has become official in the company’s home market Taiwan but will also see an international release soon. The Desire 20+ features a completely different design compared to the Desire 20 Pro. Instead of a punch-hole front camera it has a waterdrop notch on top of a 6.5-inch LCD with HD+ resolution. The surrounding bezels are bigger and the aspect ratio is taller as well.

The back has a rather large camera bump featuring four lenses next to an LED flash. The fingerprint sensor is still at the back on top of a textured rear panel.

The Snapdragon 720G is the main chipset of the device accompanied by up to 6GB RAM and 128GB storage that is expandable through a microSD card. The chipset has a 2.3GHz octa-core processor and the Adreno 618 as its GPU.

The device comes with Android 10 with HTC’s UI on top.

The camera setup is quite similar to the Desire 20 Pro. There is a 48MP main sensor that comes with a 5MP ultrawide lens, a 5MP depth sensor for the bokeh effect, and a 2MP macro unit for closeup photography. The primary camera can record 1080p and 4K videos at 30 FPS.

The 25MP front camera has been replaced with a 16MP shooter.

There are no changes in terms of battery life or fast charging. The Desire 20+ has a large 5,000 mAh call equipped with 15W fast charging.

The device will go for sale for $295 in Dawn Orange and Twilight Black color options.