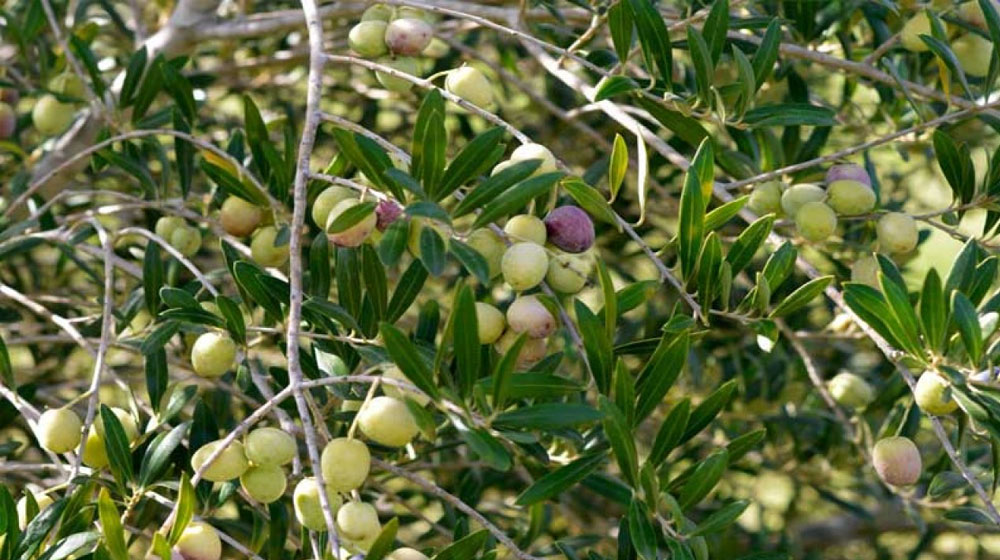 Olive production in Pakistan is the next best agricultural solution for supporting the country’s cash-strapped economy. Current shifts in global economics call for innovation in the agriculture sector and a new export portfolio.

According to reports, Pakistan imports olive oil worth $2 billion every year. In attempts to overcome this negative balance, the Punjab government initiated an olive production program in Potohar that planted more than 1 million olive trees on 8,000 acres of cultivable land in 2016.

Agriculture reforms that address cohesive economic growth are much needed in Pakistan. Currently, Pakistan’s agriculture sector contributes 24% of GDP and absorbs almost 50% labor force. While the government has shifted focus towards small and marginalized farmers with intelligent technological integration for revamping crop yield, the import cycle from the outset disfigures numbers with devastating effect. 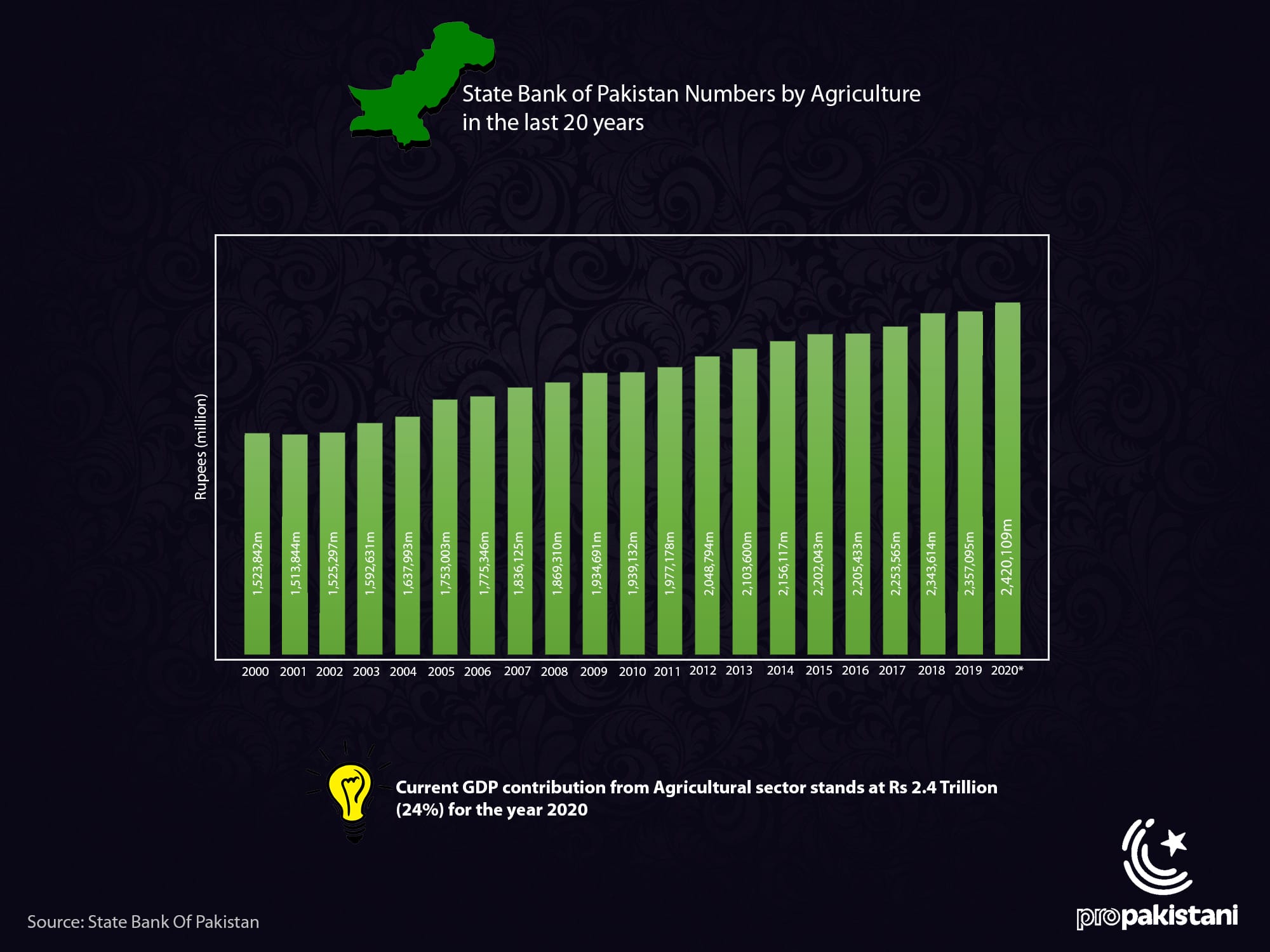 Wheat, maize, rice, sugarcane, and cotton make up the major components of agriculture production for Pakistan. In recent years, due to hikes in prices of essential commodities like pulses, onions, potatoes, chilies, and tomatoes, crops have gained substantial economic importance.

Innovations and reforms are needed for Pakistan’s agricultural sector to increase crop yields, and eventually, heavier export schematics to improve the economy. We’re starting olive production right now while other countries like Spain, Turkey, and Greece have been at it for quite some time.

Have a look at our research on some foreign data to get a better hang of how olive production could affect Pakistan’s economy. 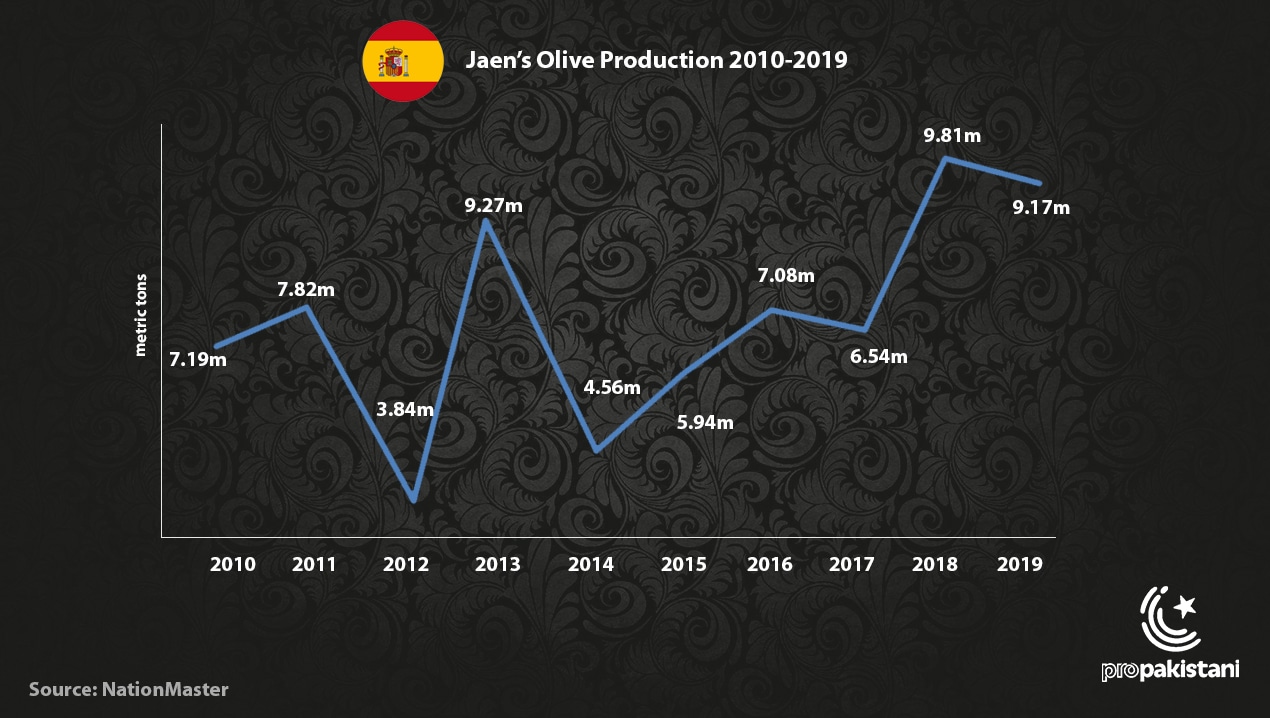 46% of the domestic olive-produce is traded on international markets, making Spain the leading exporter of olive oil in the world. On the EU front, Spain accounts for more than half of Europe’s 1 billion acres of olive plantations which employ 35% of the country’s labor force.

As it stands, Spain’s olive oil industry export turnover exceeds 2 billion Euros per annum. The olive oil commodity valuation stands at 2.94 billion Euros. By 2026, the Spanish production of olive oil is projected to increase by 10%.

In other parts of Europe, Italy, Turkey, and Greece rank 2nd, 3rd, and 4th respectively, miles behind Spain.

Pakistan Has More Suitable Land for Olive Cultivation Than Spain! 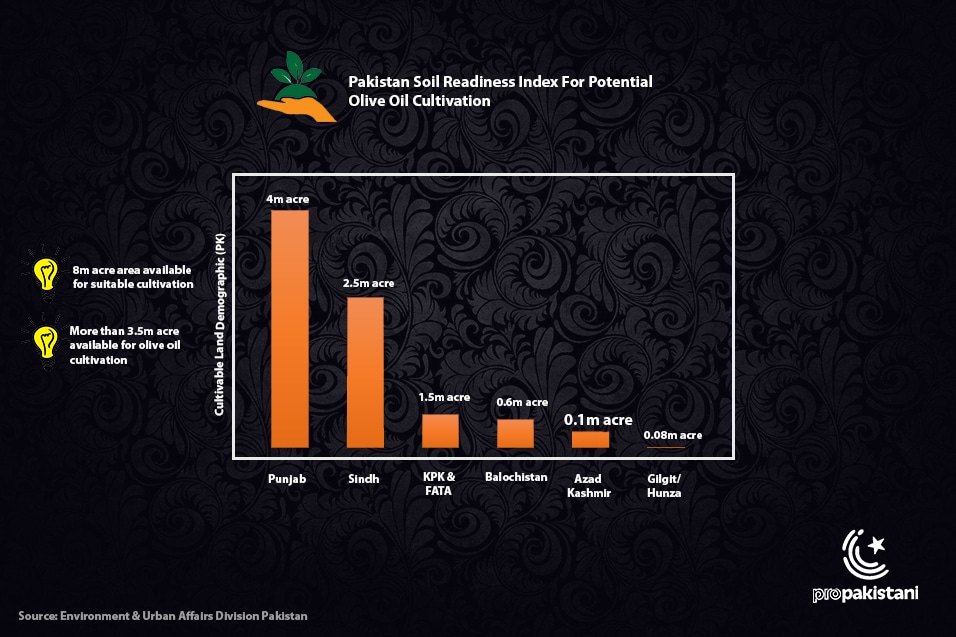 Growing olive trees in your country will not just improve the economy, but it will mitigate climate change significantly.

The government’s initiative in 2016 to launch an ‘olive valley’ program in Potohar grew 1 million olive trees on 8000 acres. 750 farmers worked on the program and the olive-produce offered a marginal cutback on olive oil imports.

That being said, consider planting olive trees in the area-demographic mentioned in the graphic above. These locations have an ideal climate, while good soil and salinity extracts predict promising harvest once the olive trees grow.

Let’s understand this by comparing illustrations. Here’s how Pakistan’s GDP looks before (blue) and after (green) domestic olive production: 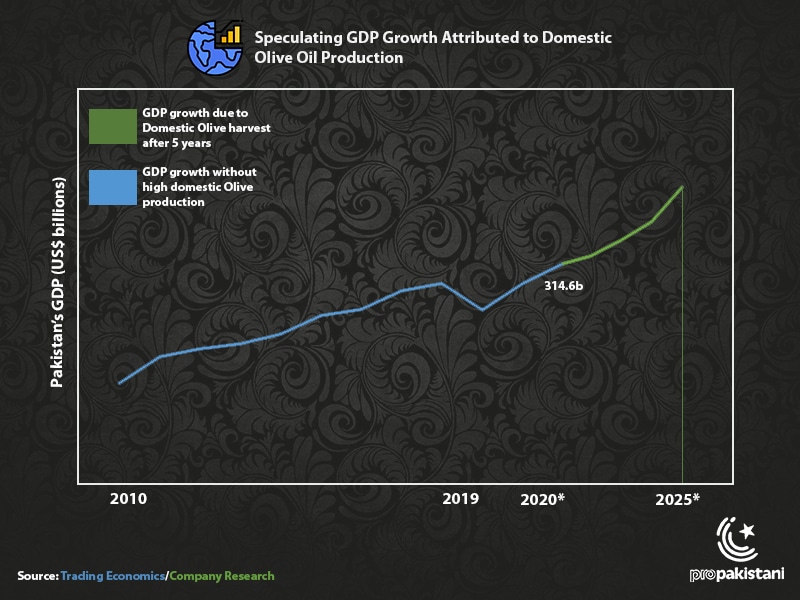 Things get better. The GDP will improve, import costs will fall by $2 billion, and the relative cost of production for other commodities will also fall considerably.

Furthermore, with an adverse – but good – effect, Pakistan could begin exporting its olive to international markets.

Initially, you have to wait 4 to 5 years before the trees mature for harvest. But once you’re there, the returns are well worth the wait.