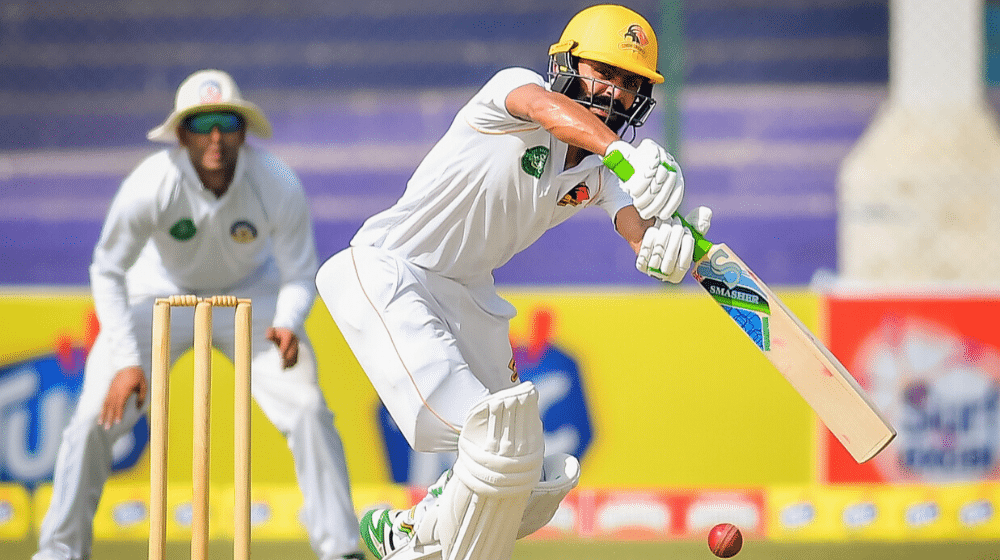 Fawad Alam has scored yet another century in the Quaid-e-Azam trophy, bringing his tally to 35 centuries in First-Class cricket. Fawad has been in a consistent run of form in domestic cricket for quite a long time and showcased his class in the ongoing match against Central Punjab by scoring his 10th century at National Stadium Karachi.

Fawad made his way back to the Test team after more than 10 years in Pakistan’s tour of England but failed to impress with the bat as he fell for a duck in his comeback innings.

Fawad has been highly revered in the domestic circuit, and his record speaks for itself. He has scored over 12,000 runs at an average of 56.53, with 35 centuries and 60 half-centuries to his name. He has the third-highest average in First-Class cricket across the world, trailing behind India’s Hanuma Vihari and Australia’s Steve Smith.

In comparison, his Test numbers are a bit underwhelming, he has scored 271 runs in 5 matches at an average of 33.87, with a century on debut.

Yesterday, Fawad was left fuming after being labeled as a domestic cricketer only and him not being able to replicate his form at the highest level.

Fawad replied to the critics with his bat as he scored yet another century in first-class cricket. Fawad looks set to retain his spot in the Test team for Pakistan’s tour of New Zealand commencing in December.