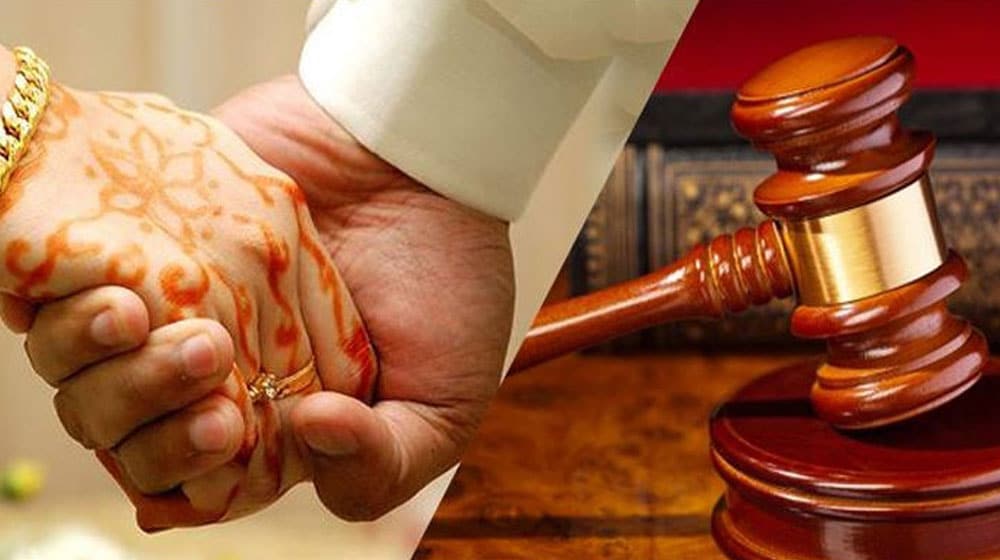 A judicial magistrate in Multan sentenced a man to one month in jail and imposed a fine of Rs. 500,000 for entering a second marriage without mandatory permission of the first wife.

The court ruled on the complaint of the woman who pleaded that her husband has contracted the second marriage without her consent, as required under section 6 of the Muslim Family Law Ordinance 1961. According to the law, a husband must get permission from the first wife before entering the second marriage.

The court summoned the man who, after initial hesitation, confessed to the charge.

Upon finding him guilty, the court issued one-month imprisonment and a fine of Rs. 500,000.

In case of non-payment of the fine, the convict will have to spend three more months in prison, the ruling said.

In July last year, a Lahore man was sent to jail on a complaint of her first wife.

The woman had moved to the local court when her spouse, Rashid, contracted the second marriage without her knowledge and permission.

The court of Judicial Magistrate Amanullah Bhatti heard a petition filed by Ms. Shamim and awarded an 11-month jail sentence and a Rs. 250,000 fine to the convict.