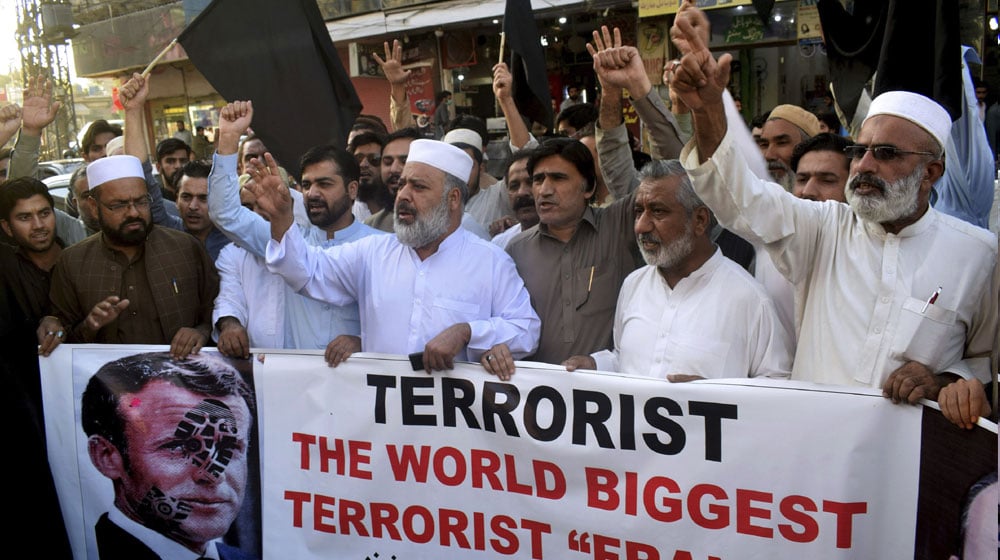 Pakistani traders have also joined the Arab world’s call to boycott French products following the publication of blasphemous caricatures of the Prophet Muhammad (Peace Be Upon Him).

Sharjeel Mir, President of the Central Association of Punjab Traders, has announced a boycott of French products in protest against the French President, Emmanuel Macron, and his government supporting the publication of blasphemous sketches to insult the Holy Prophet.

Sharjeel Mir said that the French government and citizens have always hated Islam.

Traders across the country are announcing a complete boycott of French products and making it clear that we know how to shut down anyone who speaks against the honor of the Holy Prophet (PBUH) and the religion of Islam.

HEC Responds to News of University Closure Across Pakistan

He called on the government to sever diplomatic relations with France and prevent its products from entering the country.

Other traders’ associations are in consultation for a systematic boycott. A meeting of Anjuman-e-Tarjan chaired by its central president, Ashraf Bhatti, has chalked out a collective strategy.

They asked the government to extradite the French envoy and terminate all diplomatic ties unless an official apology is offered.

The government should impose a ban on all French imports, besides canceling franchise and dealerships of any of the French goods in Pakistan.

They said that President Macron’s hateful comments towards Islam and his support for insulting activities against Prophet Muhammad (PBUH) have hurt Muslims’ sentiments across the world.

Before Pakistan, Turkey, and several other Arab countries, including Kuwait, Qatar, and Jordan, have boycotted French products. #BoycottFrenchProducts has been trending on Twitter since Friday.