With that, Imran Khan has become the first and only Pakistani politician to reach 10 million followers on Facebook. 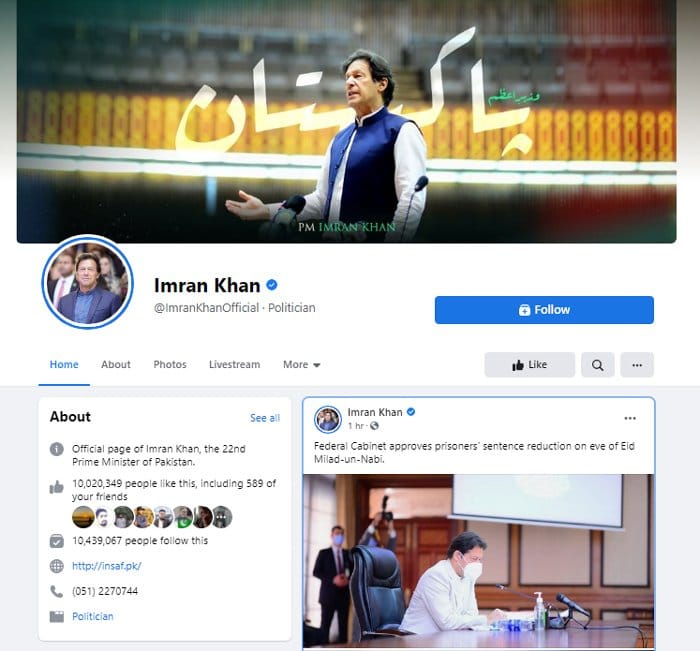 Moreover, Imran Khan has also become the 4th most followed politician in the world on Facebook.

Former US President, Barrack Obama, is the most followed politician worldwide on Facebook with 56 million followers.

Pakistan to Build the World’s Largest Salt Refinery in Balochistan