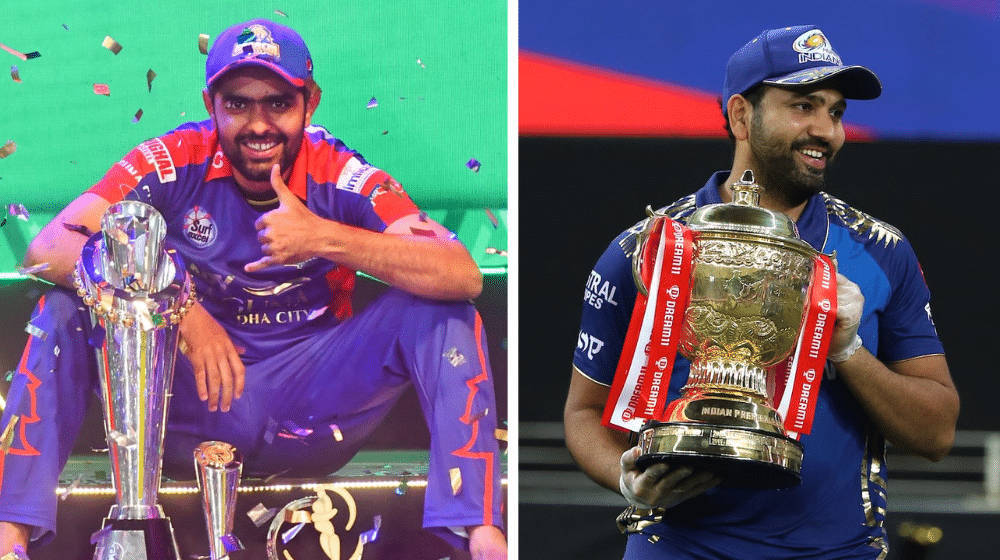 Famous cricket statistician, Mazher Arshad, has floated the idea of a 3-match T20 series between PSL and IPL champions.

Karachi Kings won their first-ever PSL title by defeating Lahore Qalandars in National Stadium Karachi on Tuesday. Mumbai Indians are the most successful team in IPL history and won their 5th title just a few weeks ago.

The fans from both countries have been deprived of watching cricketers from either side of the border play in the two leagues. Mazher Arshad asked the fans who will come out as winners if the two champion sides go head to head.

If there is a three-match bilateral T20 series between Karachi Kings and Mumbai Indians, who will win?

The question divided the fans as some thought that Mumbai Indians are too strong for Karachi Kings, while other believed Karachi Kings would triumph because of big-name players such as Babar Azam and Mohammad Amir.

Let’s have a look at the replies:

Mumbai Indians. Quality of overseas makes a huge difference. They have Pollard, Boult etc. But I believe that if the best 11 cricketers from Pakistan would play Mumbai, we’d win, just like Lahore Lions beat them.

The likes of Boult, Pollard, Quinton De Kock and James Pattinson do make a strong overseas contingent for Mumbai Indians.

I'm 100% sure kk will win because of no 1 batsman king Babar Azam,best all rounder Imad Waseem and champion bowler M Amir

Babar Azam, Mohammad Amir and Imad Wasim can prove to be a handful for any team in the world.

Have watched Karachi Kings yesterday. Babur Azam was world class. Apart from Babur and Amir, the team is not worth competing with MI.
Any team from the IPL could easily beat Karachi Kings. Sorry Pak fans.

This fan believes that apart from Babar and Amir, Karachi doesn’t have any quality players.

Who knew that Babar Azam had a dedicated fan club in India? They were quick to remind of the champions league encounter between Mumbai Indians and Lahore Lions.

even mi uncapped players can defeat karachi team no doubt

I'm waiting for the day when Babar Azam deals with Bumrah. How can u be the best bowler if you havnt even faced the no1 batsmen. Sit down mate

This is a match up everyone is waiting for: Jasprit Burmah vs Babar Azam.

Shadab Khan to Lead PSL’s Team of the Tournament

Karachi Kings have fans in India.

let's be serious, this was a weak KK side. Their bowlers got a pitch ideally suited to their strengths in the final & Babar carried the batting. As for your query, MI would easily smash them.

This user believes that Karachi Kings won the final because the pitch suited them more. Well, they did play better cricket on the day.

I back KK to beat atleast once MI in 3 match series, they got Babar, Amir, Imad & not bad other bowlers also So 2-1 in favour of MI

Which team do you think will win the series? Let us know in the comments section.