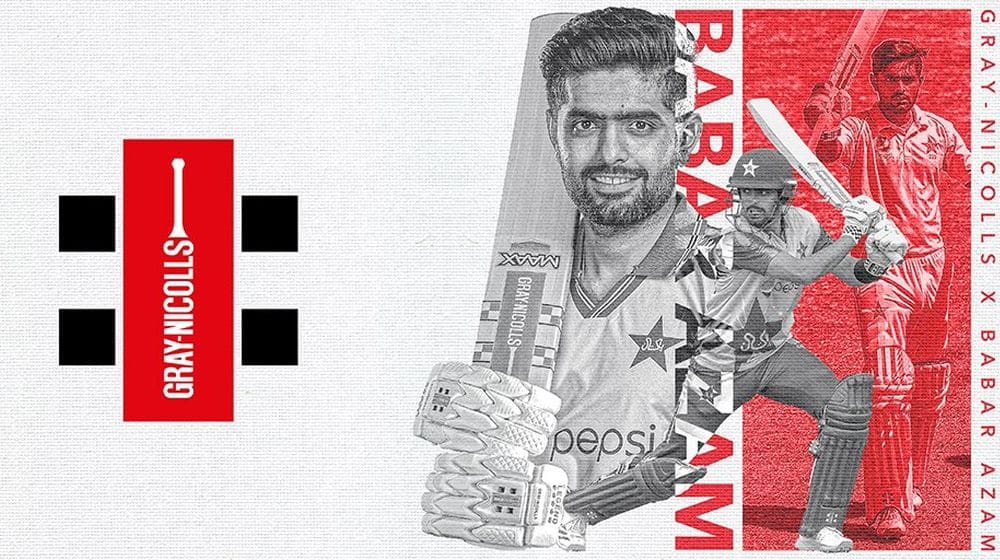 Gray-Nicolls have announced the signing of Pakistan captain, Babar Azam, to their international player roster.

Azam, 26, is widely considered to be one of the game’s great players, currently sitting at fifth in the Test rankings. The right-handed batsman boasts five Test centuries, averaging 52 in just 29 Tests.

In the shorter form of the game, Azam excels yet further. His record in One Day Internationals is imperious, with 12 centuries in his 77 matches at an amazing average of 55.93, and he is currently ranked third in the ODI rankings. His 16 International T20 half-centuries and an average of over 50 have seen him climb to number two in that format.

Azam was recently named as the full-time captain across all formats for his country, ensuring he will lead in Test matches for the first time in New Zealand in December opposite fellow Gray-Nicolls superstar, Kane Williamson.

Babar hit a memorable century in the 2019 Cricket World Cup against New Zealand at Edgbaston and most recently made a sparkling 125 against Zimbabwe in Rawalpindi.

Commenting on his signing, Richard Gray, Sales and Marketing Director for Gray-Nicolls said:

We are delighted to welcome Babar Azam to Gray-Nicolls and excited to have one of the best players in the world use the brand. We’re looking forward to seeing his continued success up close.

Azam will be using the new Blue Maax in his first outing with Gray-Nicolls, along with Legend pads and gloves, and Players Helmet.