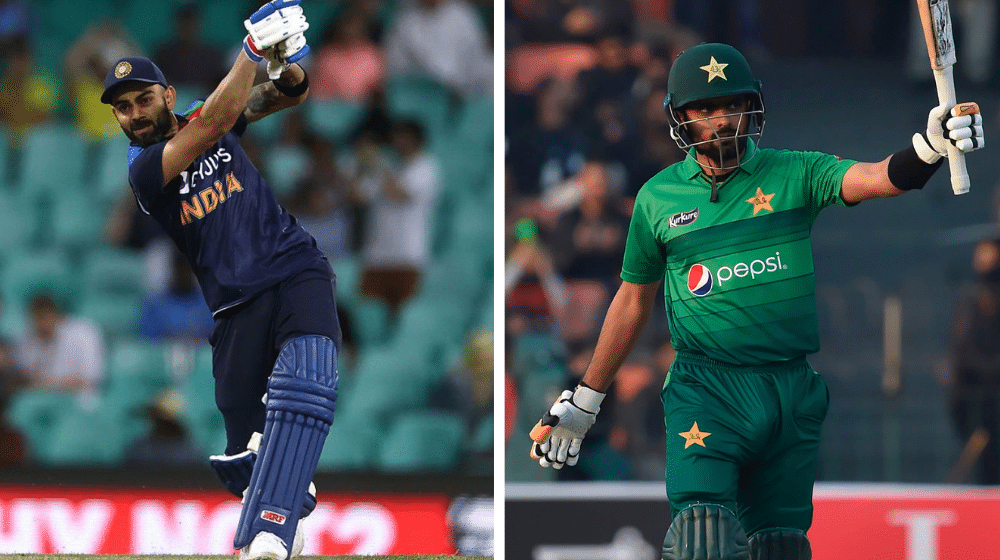 Indian captain, Virat Kohli, created history when he became the fastest player to cross 12,000 ODI runs, surpassing fellow Indian, Sachin Tendulkar. Kohli achieved the feat in only 242 innings, whereas Tendulkar took 300 innings to get to 12,000 ODI runs. Kohli crossed the landmark by scoring 63 runs against Australia in the third ODI.

Babar Azam Sets a Big Aim For Himself

The question arises, whether Babar can ever get to the 12,000 runs mark? Well, it depends on a number of factors. First thing first, Babar will never get to play as many matches as Kohli considering India is always a favored team for the ICC meaning that they get way more matches than other Asian sides, or let’s say New Zealand and South Africa.

Kohli has undoubtedly been the best ODI batsman in the past decade, scoring 43 centuries since his debut in 2008. He is just six centuries behind Tendulkar’s record of 49 ODI centuries and at 32 years of age, he still has enough time to claim that record as well.

While Kohli has been doing this for the best part of his 12-year career, Pakistan captain, Babar Azam, is still learning the craft. At just 26 years of age, Babar is taking the cricketing world by storm and if he stays fit, he will surely break the majority of Pakistan’s batting records.

Babar and Kohli have been compared for well over two years now, but there are a number of factors to consider when comparing these batting stars. The age difference is a huge factor and Kohli is six years older than Babar. Babar has only played 77 matches in his short career, while Kohli just represented India in his 250th ODI.

While Kohli was playing with the likes of Sachin Tendulkar, MS Dhoni, and Yuvraj Singh, Babar had to learn from Mohammad Hafeez, Shoaib Malik, and Azhar Ali, who are exceptional cricketers but can’t be compared with their Indian counterparts.

Here are their numbers after the first 77 ODIs. Note that Babar has played 77 matches as of yet.

Babar has played 77 matches at the age of 26 years and 48 days (his age at the time of this feature), While Kohli had already played 146 matches, given that the Indian skipper did start his career a year early than Babar. Below is the  comparison at the same age:

Consistency is key for Babar Azam. The added pressure of captaincy on the young shoulders will really test his mettle, but as proven by statistics, if he manages to stay fit and healthy and continue his glorious form, Babar can become the first Pakistani to cross the 12,000 ODI runs mark.

It is too early to say whether Babar can beat Kohli in terms of the runs, however, it sure is an exciting rivalry that keeps everyone on their toes.