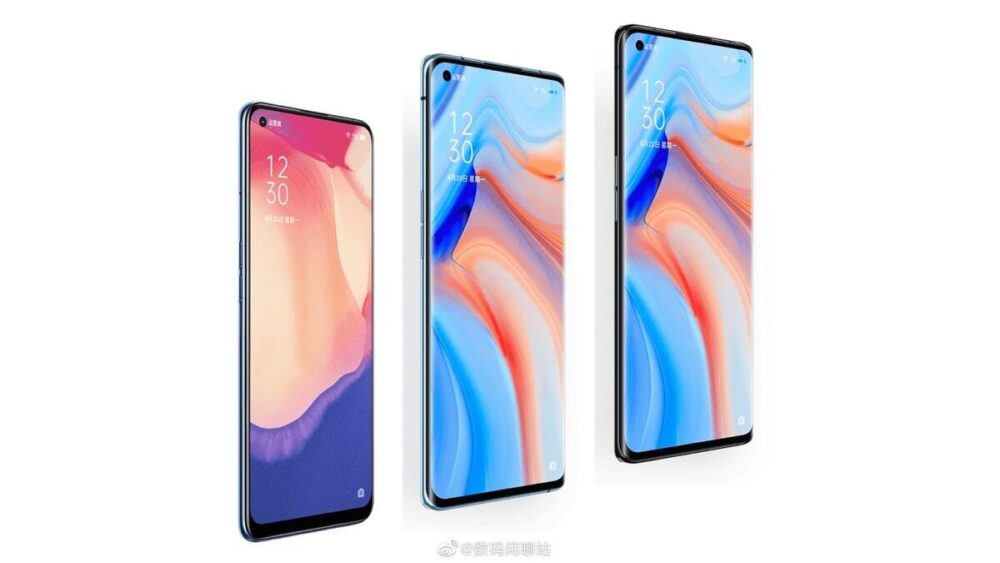 Oppo is set to announce the Reno 5 series next week, including the Reno 5, the Reno 5 Pro, and the Reno 5 Pro+. Pre-orders for the new Reno lineup have started, officially confirming the design as well as some of the specifications for the Reno 5 and 5 Pro. There is no mention of the Reno 5 Pro+ on the website as of yet.

The Oppo Reno 5 and 5 Pro almost look the same. Both phones have a large punch-hole display and a sizeable quad-camera setup on the back. The only difference is that the Pro model has a curved display while the base Reno 5 features a flat panel. The primary camera on both phones features a 64MP main sensor. 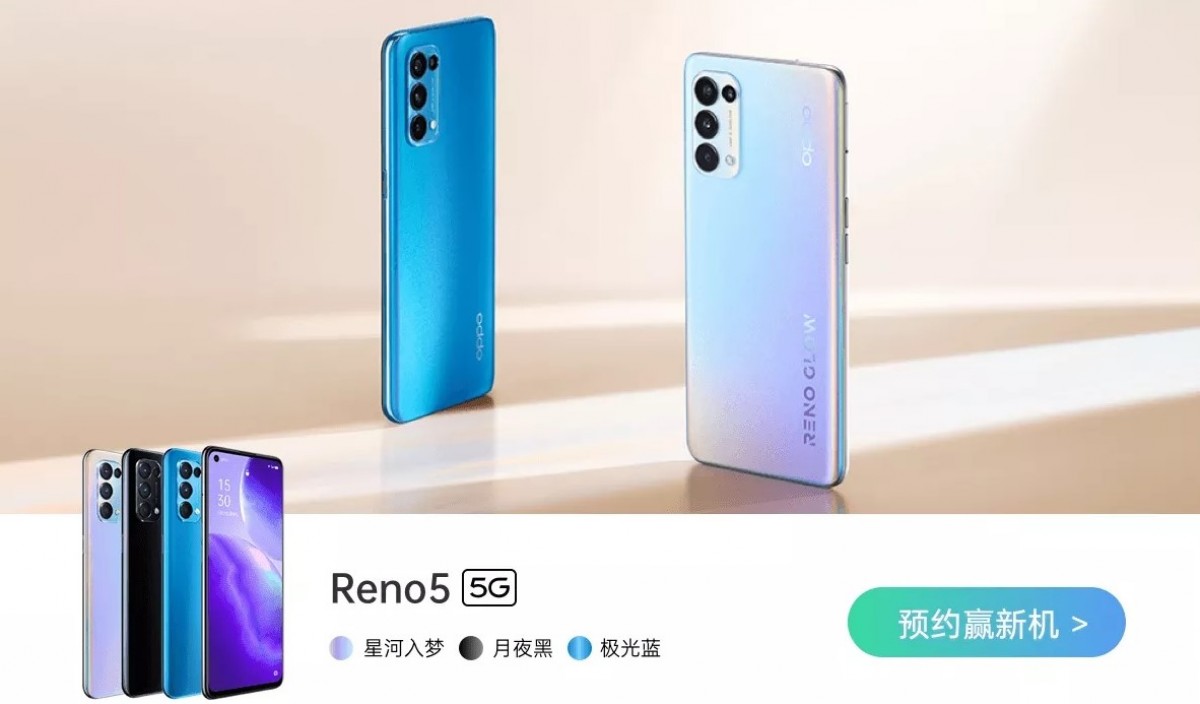 The base Reno 5 will be powered by the Snapdragon 765G SoC, whereas the Pro sibling will come with the Dimensity 1000+. The phones will have two memory configurations including 8GB/128GB and 12GB/256GB. Battery capacity was not mentioned, but there will be 65W fast charging support on each device. 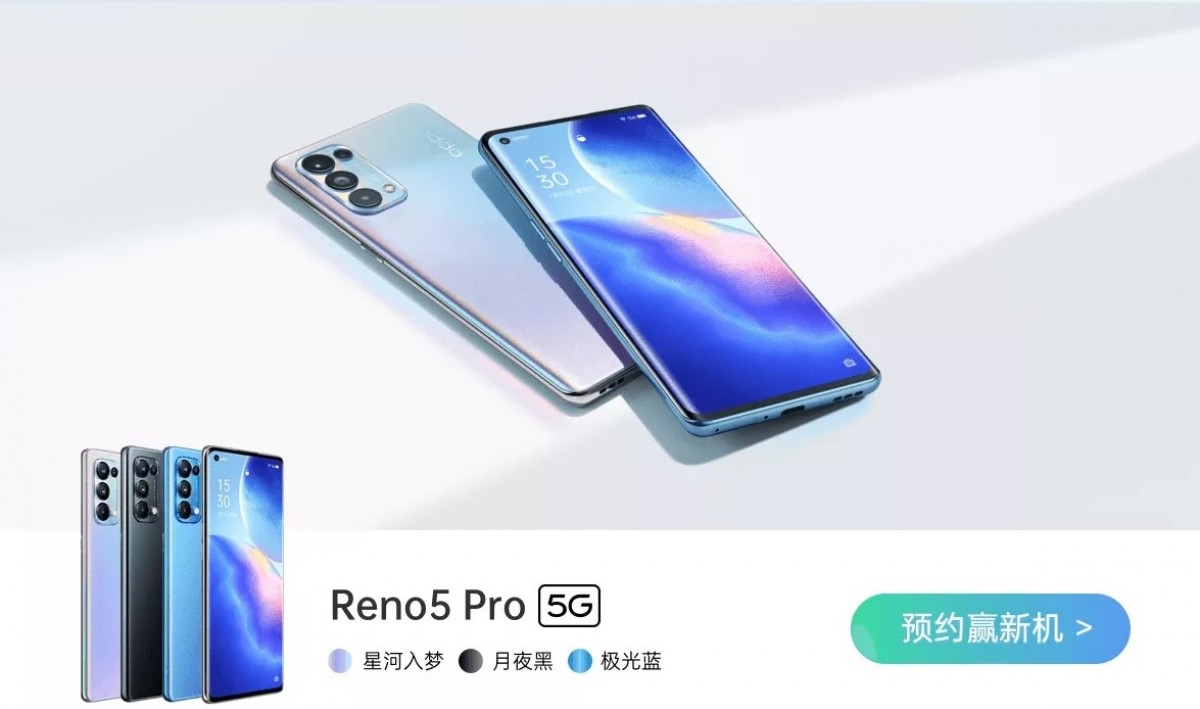 We expect Oppo to reveal more specifications and talk about the Reno 5 Pro+ as the December 10 announcement draws near. The Reno 5 Pro+ is rumored to be the only flagship phone in the series featuring the Snapdragon 865 SoC. This would be a first for the Oppo Reno series, as the lineup has always consisted of mid-range phones.