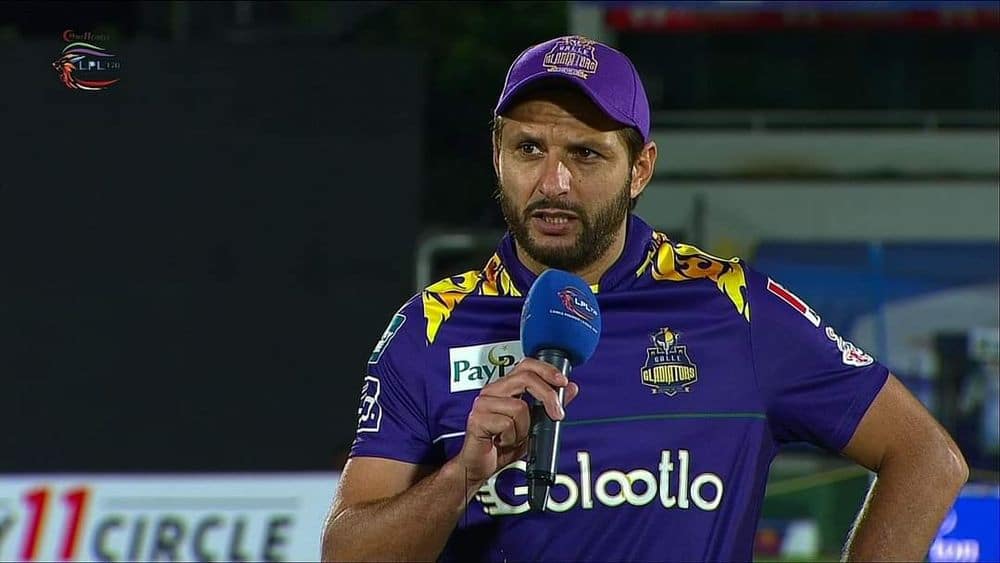 The former captain of the Pakistani cricket team, Shahid Afridi, has cut his journey short during the opening season of the Lanka Premier League (LPL) due to a family emergency.

Although he had been leading the Galle Gladiators in the first edition of the LPL, Afridi flew back to Pakistan on Wednesday to be with his ailing daughter.

The allrounder announced his unavailability via a tweet that read, “Unfortunately I have a personal emergency to attend to back home”.

He added he will rejoin the team as soon as the situation has been handled.

While Afridi did not state the reason for his hasty departure, a tweet from the official account of the LPL later revealed that the reason behind his exit from the tournament is the deteriorating health of one of his daughters.

Do you know the reason for @SAfridiOfficial 's return to the country?

His daughter has been admitted to hospital 🏥
We pray for speedy recovery 🙏 #LPL2020 pic.twitter.com/cY15W8jpPq

The Galle Gladiators said that Afridi’s return to the competition now depends on the health of his daughter.