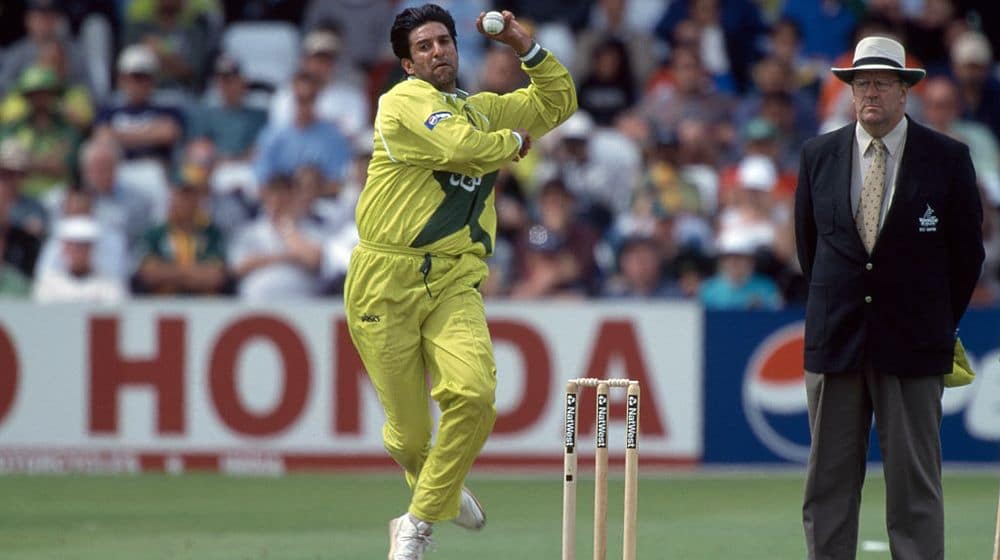 Former Pakistan captain, Wasim Akram, claims that he would have taken over one thousand international wickets had there been a Decision Review System (DRS) during his playing days. He added jokingly that if catches would have been taken on his bowling, he would have had 1,500 wickets.

Wasim, while talking to the media at the National Bank of Pakistan (NBP) Sports Complex, also talked about Pakistan’s upcoming tour of New Zealand and said that the men in green will be under severe pressure after spending a lot of time in isolation and without any practice.

Wasim also praised the determination showed by the Pakistan cricket team during the tour so far and is hopeful that the team will perform well. Wasim added that the next ten days are crucial for the team and they will have to fully prepare during this time.

He said that Pakistan and New Zealand are both very good teams and the tour is going to be evenly matched. He believes that Pakistan is a better T20 side than New Zealand, while Kiwis have an upper hand in Test cricket.

The first match of the tour is scheduled to begin with the first T20I on 18th December in Auckland.