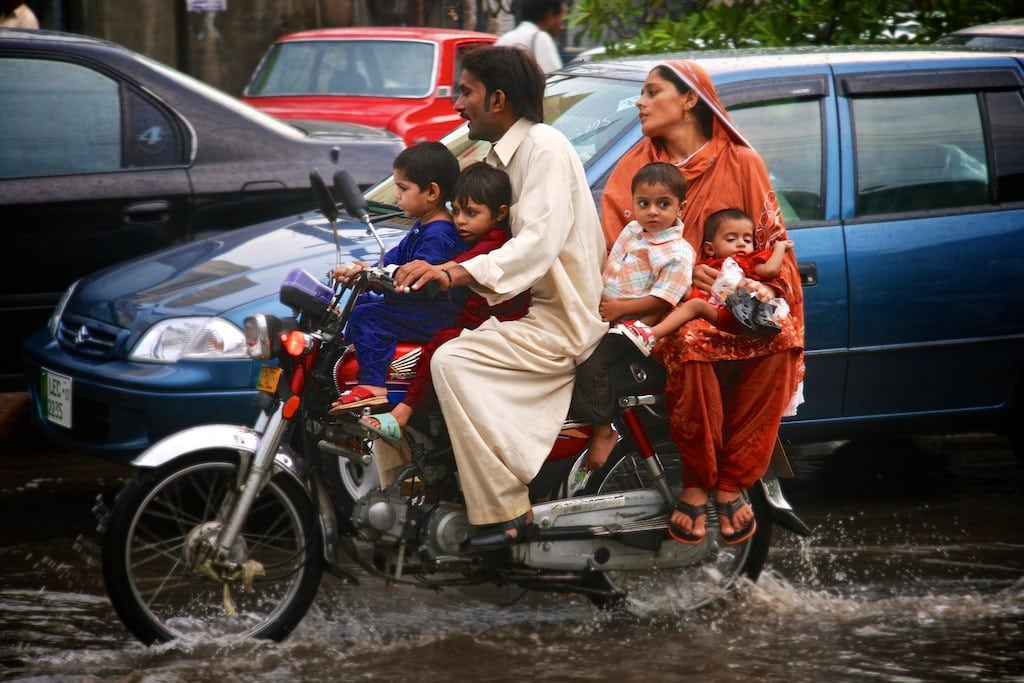 President of Pakistan, Dr. Arif Alvi, on Wednesday, said that Pakistan has adopted a multi-pronged approach to check population growth and address other issues like mother-child health, malnutrition, and stunted growth.

The multi-pronged strategy included women empowerment through financial inclusion besides creating awareness regarding the importance of gap in birth through various means of communication, and taking on board various segments of the society including Ulema, he added.

Speaking about the present government‘s commitment towards addressing the issue of population growth, he said that Prime Minister Imran Khan, soon after coming to power took up the issue of malnutrition and stunted growth, and subsequently, various measures were taken to address the issue. The President said that as compared to the previous government’s tenure of 2013-18, this issue was not taken care of. However, the present government was making a lot of efforts to address the issues of population growth, malnutrition, stunted growth, and maternal-child health, he added.

He said that as frequent pregnancies led to stunted growth of child besides affecting the health of the mother, there was a need to create awareness among masses about the importance of gap in birth and the use of contraceptives.

The event was attended by parliamentarians, policy-makers, government officials, international organizations, ambassadors, and civil society representatives, virtually and in-person. The event was divided into two parts. The inaugural session was moderated by Dr. Shabnum Sarfraz, Member Social Sector & Devolution from the Ministry of Planning. Renowned national and international demographers and public health experts, who contributed to the Pakistan PSA, were invited to shed light on their contributions.

Federal Minister for Planning Development & Special Initiatives, Asad Umar, said that the population control in Pakistan should have gained momentum much earlier, as Pakistan is the fifth most populous country in the region having the highest population growth rate.

Planning Minister said that one of the key areas of PTI Manifesto is to tackle the population growth challenge. The government is committed to implementing measures to reduce the population growth rate for the health of mothers, children, and families and the prosperity of Pakistan by reducing the impending burden on its resources. The PTI manifesto seeks to ensure the adequate availability of contraception to all married women of reproductive age (MWRA) through the population welfare and healthcare network of basic health units, lady health workers, and community midwives.

Asad Umar said that they are committed to revitalizing national family planning programs, including providing air-time on national television to promote behavior change and increase the uptake of contraception. He emphasized that there should be inter-provincial harmony on the subject, and provincial goals and targets must be aligned to national goals so that we adhere to our commitments made for the United Nations SDGs.

In conclusion, Asad Umar thanked the Honorable President of Pakistan for gracing the occasion with his involvement as the Chief Guest.

Dr. Faisal Sultan, Special Assistant to Prime Minister on Health, shared his views in his remarks. He said,

Pakistan is the fifth most populous country in the world. A comprehensive analysis of the population situation was required, in order to provide the basis for an integrated appraisal of Population and Reproductive Health (RH) dynamics, their linkages, and impacts on poverty, inequality, and development.

He further added that new projects related to mother and child health are under preparation for the next PSDP.

Deputy Chairman, Mohammad Jehanzeb Khan, also shared his views. He stated, “The Government of Pakistan under the leadership of the President of Pakistan are fully committed to ensuring a balanced population growth. There is a high demand for family planning in the country, lowering maternal and child mortality is a priority that we are working towards.”

He said that Pakistan’s total fertility rate is 3.5 percent, where unmet need for family planning is 17.3 percent, while the contraceptive prevalence rate is 34.2 percent, and the intercensal population growth rate is 2.4 percent, which is twice the annual growth rate for South Asian countries, and almost twofold the growth rates for countries such as Bangladesh, India, and Iran.

In terms of its depth and scope, the PSA covers all aspects related to socio-economic and human development. It is one of the most extensive PSA, which will generate a wealth of data providing strategic information for population and development planning and programming in Pakistan, especially at this critical time challenged by COVID 19. Integration of population dimensions into socio-economic development plans is essential to gain full benefits of the demographic dividend. I wish to commend the Government of Pakistan for the high-level commitment to population and development, especially under the visionary and dynamic leadership of H.E. the President. This commitment is very important to achieving the national development agenda in the context of SDGs and ICPD 25.

Ms. Wendy Gilmor, The Canadian High Commissioner in Pakistan also shared her remarks at the event, stating, “Canada is pleased to help celebrate today the launch of the Population Situation Analysis report as part of the 16 Days of Activism.” She further remarked,  “This important resource provides valuable evidence to all development partners in Pakistan to help ensure their efforts are evidence-based, timely, and relevant.”

Dr. Sania Nishtar Included in 100 Most Influential Women of 2020

The second session of the event was a detailed technical discussion by the panel of experts on the overview of PSA, demographic, social, and economic aspects, data collection and challenges, population dynamics, and gender equality.

The National Population Situation Analysis (PSA) is expected to inform evidence-based programming, focusing its analytical basis on population and its inter-linkages with development processes, particularly in the current COVID-19 pandemic situation. The PSA exercise is expected to draw on the range of data available, as well as provide an analysis of data gaps to be filled.

International and national consultants would be involved to undertake complex analysis of the existing data and information using the PSA methodology, to prepare an inception report, including proposed structure, indicators, and areas of interest to be analyzed. The inception, interim, and final PSA reports would be validated through a consultative process with national counterparts and stakeholders. The final version of the report will be endorsed by the respective government institution.