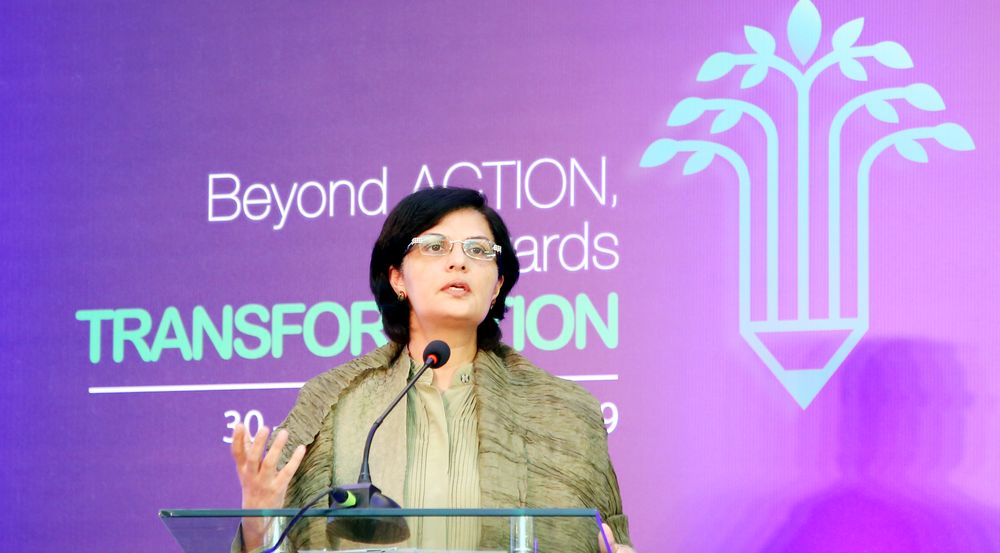 The BBC has just revealed its list of 100 inspiring and influential women worldwide for 2020. This year, the list highlights those leading change and making a difference during these turbulent times.

This is an absolute honor for Pakistan that this year’s BBC list includes Special Assistant to Prime Minister (SAPM) on Poverty Alleviation, Dr. Sania Nishtar, who leads Ehsaas program along with Sanna Marin, who leads Finland’s all-female coalition government and Sarah Gilbert, who heads the Oxford University research into a coronavirus vaccine.

This distinction has been conferred upon Dr. Sania for her work and contribution to poverty alleviation, global health, and development.

“The dramatic impact of Covid-19 presents us with a once-in-a-generation chance to build a fairer world and bring an end to poverty, inequality, and the climate crisis. For this, women must be equal, empowered stakeholders,” said Dr. Sania.

Dr. Sania Nishtar is a leader in global health and sustainable development. Since 2018, she has been spearheading the transformative Ehsaas Poverty Alleviation program, which has improved the livelihoods of millions of Pakistanis.

As Special Assistant to the Prime Minister of Pakistan on Poverty Alleviation and Social Protection, Dr. Sania has helped empower the masses by taking the necessary first steps toward developing a welfare state in Pakistan.

As part of the BBC’s policy, the BBC 100 Women team drew up a shortlist of candidates who had made the headlines or influenced important stories over the past 12 months, as well as those who had inspiring stories to tell, achieved something significant or influenced their societies in ways that wouldn’t necessarily make the news.

The pool of names was then assessed against this year’s theme, women who led change, and measured for regional representation and due impartiality before the list was finalized.