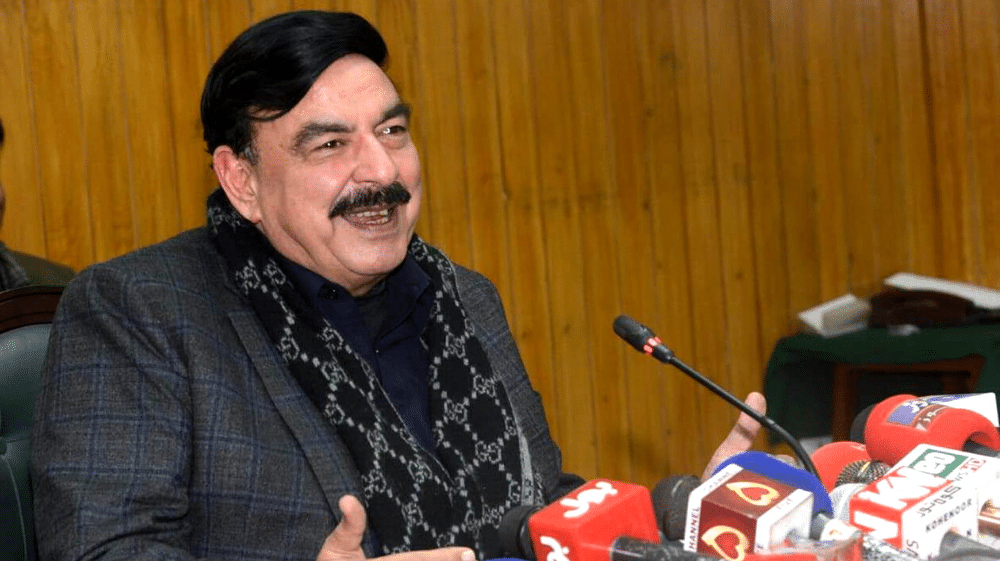 The Federal Interior Minister, Sheikh Rasheed Ahmed, has announced the issuance of cheap passports for unskilled laborers who are considering traveling to the Middle East in search of jobs.

In an informal conversation with the media on Thursday, Sheikh Rasheed said that the passports will be issued for an extended period of 10 years for Rs. 3,000.

The minister also promised to make the visa process easy for the Chinese nationals working on the China Pakistan Economic Corridor (CPEC) projects.

Expressing his resolve to improve the financial position of the Directorate of Immigration and Passports, the minister announced that a new e-passport service will be launched on 28 April 2021.

He added that an SMS service is being launched to alert people six months before the expiry of their passports and that the home delivery of passports is being started in Islamabad and Rawalpindi.

The minister also objected to the length of the Exit Control List (ECL) and blacklist that contain the names of the people who are prohibited from leaving the country.

“I have directed them to shorten the lists which have over one hundred thousand people on the blacklist and the ECL. Only those elements involved in criminal and anti-state activities should be kept in the list,” he said.

The minister also issued a warning to the petrol pumps selling smuggled petrol and diesel and said that if they do not refrain from the activity, the ministry will take action against them.