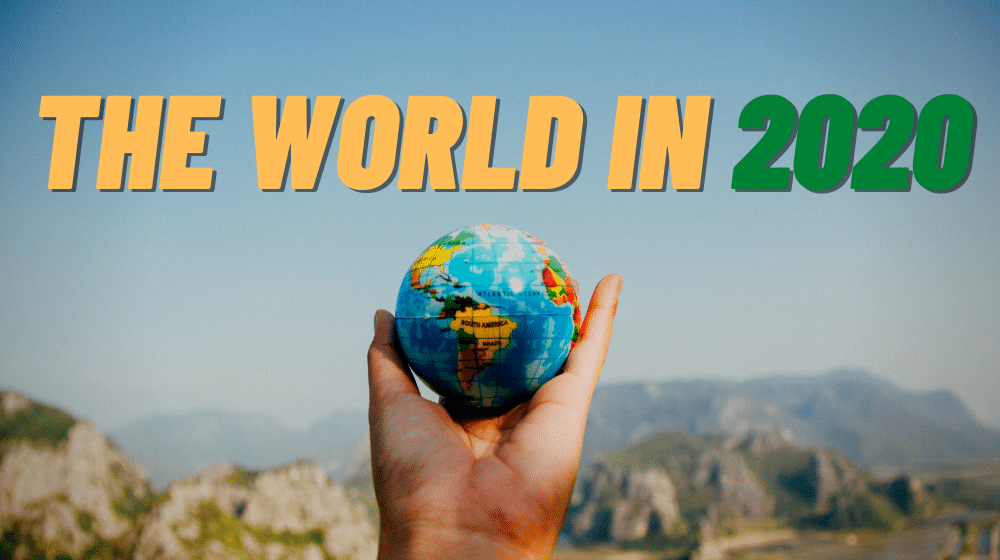 2020 will be remembered in the history books as one of the worst years. The COVID-19 pandemic shook the world to its core as people all over the world were impacted and they were forced to follow SOPs, practice social distancing, and limit human interaction.

The COVID-19 pandemic might be the most important event of the year, but it was not the only one. We almost witnessed World War 3 at the start of the year, the Black Lives Matter movement was at an all-time high, and a state of emergency was imposed in many Asian and African countries due to massive locust attacks.

The ongoing 2019-20 Hong Kong protests were triggered by the introduction of the Fugitive Offenders amendment bill by the Hong Kong government. If enacted, the bill would have allowed extradition to jurisdictions with which Hong Kong does not currently have extradition agreements, including mainland China and Taiwan. This led to concerns that the bill would subject Hong Kong residents and visitors to the legal system of mainland China, thereby undermining Hong Kong’s autonomy and infringing civil liberties.

The 2019-20 Australian bushfire season began with several serious uncontrolled fires in June 2019. The fires burnt throughout the year and peaked in December and January of this year.

The fires burnt an estimated 46 million acres, destroyed over 5,900 buildings, and killed at least 34 people. An estimated one billion animals have been killed and some endangered species may be driven to extinction.

Stampede at the Funeral of Qasim Soleimaini (7 Jan)

56 people were reported killed and over 200 injured in a crush at the funeral of General Qasem Soleimani in the city of Kerman, Iran

Ukraine International Airlines flight 752 is mistakenly shot down by Iran’s armed forces shortly after takeoff from Tehran Imam Khomeini Airport, killing all 176 people on board.

Volcano Eruption in the Philippines (12 Jan)

A Volcano erupted in Batangas, Philippines on the afternoon of January 12, 2020, 43 years after its previous eruption in 1977.

A helicopter crashed in Calabasas, California. Nine people were on board, including retired NBA legend, Kobe Bryant, who is widely regarded as one of the greatest players of all time, his 13-year-old daughter Gianna, baseball coach, John Altobelli, five other passengers, and the pilot. Everyone on the helicopter was killed.

UK membership of EU ended on 31 January 2020, beginning a period of transitional arrangements set to end on 31 December 2020.

The impeachment of Donald Trump, the 45th president of the United States, was initiated on December 18, 2019, when the House of Representatives approved articles of impeachment on charges of abuse of power and obstruction of Congress. Trump was acquitted by the Senate on these two counts of impeachment on February 5, 2020.

Weather stations recorded the hottest temperature for Antarctica. Thermometers at the Esperanza Base on the northern tip of the Antarctic Peninsula reached 18.3°C. The warm spell caused widespread melting of nearby glaciers.

Multiple waves of bloodshed, property destruction, and riots erupted in North East Delhi, caused mainly by Hindu mobs attacking Muslims. Of the 53 people killed, two-thirds were Muslims who were shot, slashed with repeated blows, or set on fire. 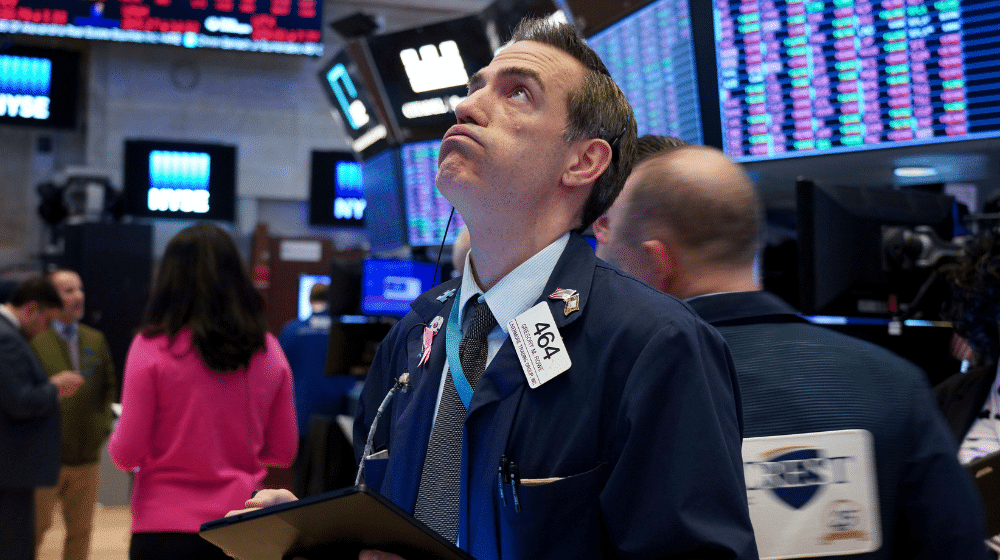 The government of Italy under Prime Minister Giuseppe Conte imposed a national quarantine, restricting the movement of the population except for necessity, work, and health circumstances, in response to the growing pandemic of COVID-19 in the country.

Explosion at a gas processing plant killed at least 15 people and destroyed about 50 buildings after a fire broke out in a suburb of Lagos, Nigeria’s commercial capital.

Pakistan announced a lockdown due to the coronavirus outbreak.

A series of wildfires erupted inside Ukraine’s Chernobyl Exclusion Zone. The radiation levels inside the zone were “16 times above normal” as a result of the fires.

The Democratic Republic of Congo was hit by devastating floods caused by heavy raisn. According to the UN, more than 77,000 people have been displaced, approximately 3,500 houses destroyed, 15,000 houses damaged, and 7 bridges damaged or collapsed.

Three gunmen wearing police uniforms carried out a mass shooting in the maternity ward of a hospital in Kabul. The attackers killed 24 people and injured another 16.

Flash Floods in Somalia (18 May)

Nearly 1 million people were affected and at least 24 people died in flash floods that hit Beledweyne and Jowhar, Somalia.

Pakistan International Airlines flight 8303 crashed in Model Colony, a densely populated residential area of Karachi a few kilometers from the runway, while on a second approach after a failed attempt at landing. Of the 91 passengers and eight crew on board the aircraft, 97 were killed, while two passengers survived with injuries.

Murder of George Floyd (25 May)

George Floyd, a 46-year-old black man, died in Minneapolis, Minnesota, after a police officer, Derek Chauvin, knelt on his neck for almost nine minutes while Floyd was handcuffed and lying face down on the street.

Protests in the USA Against Racism (26 May Onwards)

The day following Floyd’s murder, groups of protesters began to form in Minneapolis. The day after, protesters and police began to clash on the streets. Protests also began to take place in other cities across the United States.

The World Health Organization reported six new cases of Ebola, and UNICEF reported five deaths in a renewed outbreak of the disease in Mbandaka, Équateur Province, the Democratic Republic of Congo.

Russian President Vladimir Putin declared a state of emergency after 20,000 tons of oil leaked into the Ambarnaya River near the Siberian city of Norilsk within the Arctic Circle.

The famous Hagia Sophia museum was reverted back to a mosque on the orders of Turkish President, Tayyip Erdogan.

Beirut witnessed an explosion of epic proportions as a large amount of ammonium nitrate stored at the port in the capital of Lebanon, exploded. It caused at least 204 deaths, 6,500 injuries, and $15 billion in property damage, and leaving an estimated 300,000 people homeless.

The normalization agreement between UAE and Israel marked the first of its kind deal between a Muslim country and Israel since 1994, between Jordan and Israel.

Clashes between Azerbaijan and Armenia (27 Sep)

Forces of Azerbaijan and Armenia clashed over the Nagorno-Karabakh conflict.

The worldwide death toll from COVID-19 exceeded one million in September.

The government of Thailand declared a “severe” state of emergency banning gatherings of five or more people, initiating a crackdown on demonstrations, and imposing media censorship.

A magnitude 7.0 earthquake struck about 14 km northeast of the Greek island of Samos. 115 Turkish people lost their lives.

It was announced that the first Pfizer/BioNTech COVID-19 vaccine has been developed by a German-Turkish couple, Ugur Sahin (left) and Ozlem Tureci (right).

Widely regarded as the greatest footballer in the history of the game, Diego Armando Maradona passed away at his home in Argentina at the age of 60.

Indian farmers started a protest against the government for passing three farm acts in the parliament. Farmer Unions described these bills as ‘anti-farmer laws’.

Margaret Keenan, a citizen of the United Kingdom became the first person in the world to receive Pfizer COVID-19 vaccination.

A great junction of Jupiter and Saturn occurred on 21st December. The two planets were only separated by 0.1 degrees in the sky. This is the closest the two planets came since 1623. 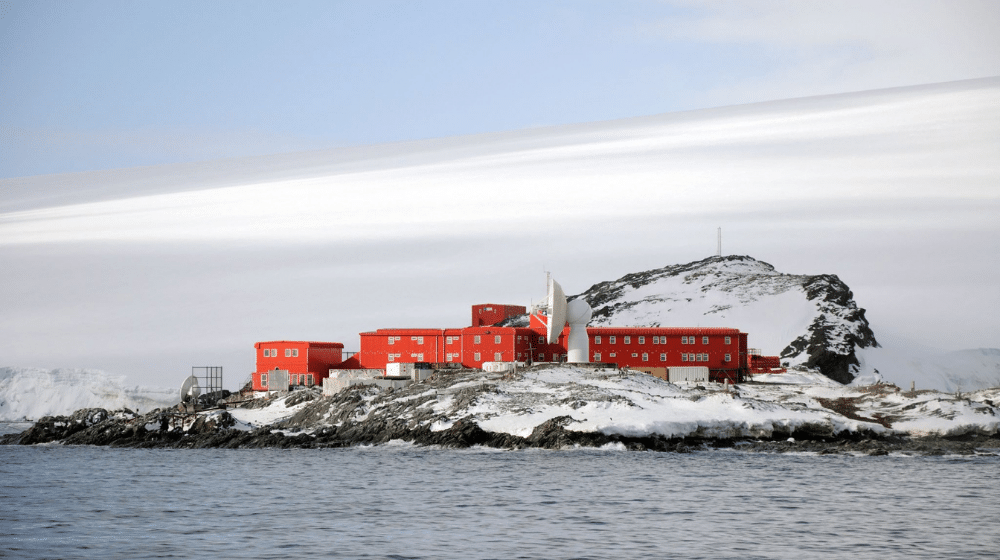 36 cases of COVID-19 were reported in Antarctica. Base General Bernardo O’Higgins Riquelme in the Chilean Antarctic Territory reported the first cases on the continent. Antarctica was the last continent to report COVID-19 cases.