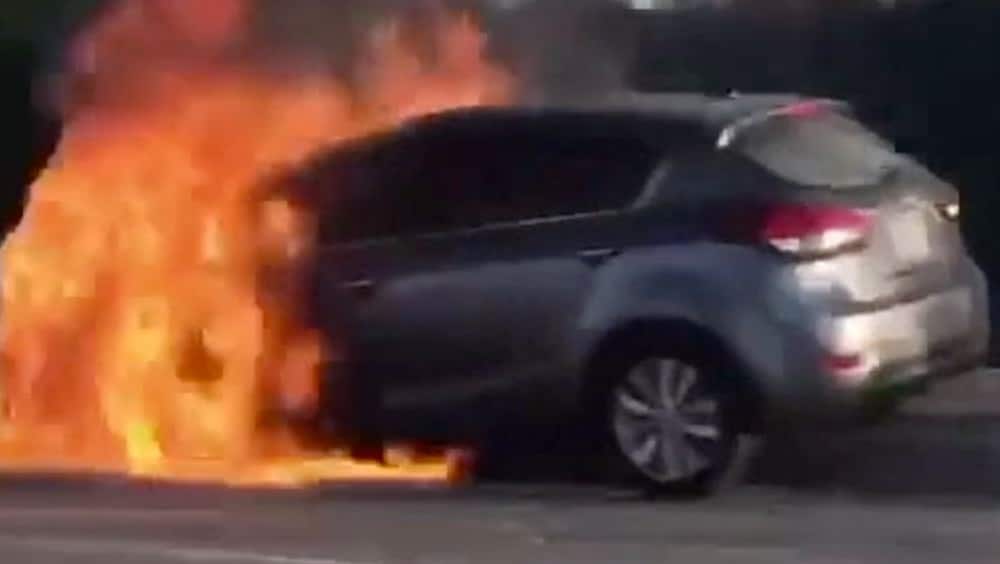 There have been other instances of cars catching fire but they are due to car accidents, negligence of the owners, or after-market mods gone awry. In this particular case, the car was brand new that was launched in August last year.

Here is the video of the incident.

Earlier this month, Hyundai recalled more than 470,000 Tucson SUVs in the US and warned owners to park their cars until they get fixed.

According to sources, the Antilock Brake System (ABS) computer of Tuscon malfunctions internally and causes fire. Hyundai asked the owners to take their SUVs to dealers to replace a fuse on the ABS computer.

Previously in September last year, Hyundai had recalled 180,000 Tucson SUVs from 2019 through 2021 to fix the same problem.

Although Hyundai Nishat Motors has not issued a statement following the Tucson fire incident in Rawalpindi, it is hoped that the company would be carrying out an investigation into the matter.

While there could be any number of reasons for the fire, in the absence of an official statement from Hyundai Nishat Motors, it is too early to assume that the cause was due to the manufacturer’s fault.