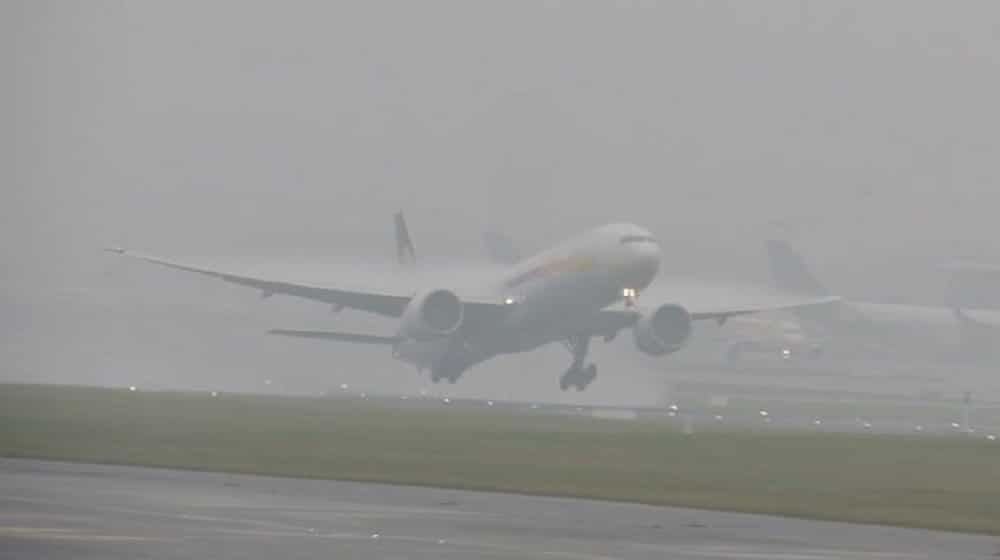 Two foreign flights that were supposed to land at Jinnah International Airport, Karachi, were diverted to Muscat due to heavy fog on Thursday morning.

The airport administration has confirmed the development saying that the permission to international flights was not granted due to the poor visibility caused by fog. The flights were coming from Jeddah, Saudi Arabia, and Sri Lanka. Both flights have been diverted to Muscat.

Moreover, dense fog also disrupted the domestic flight schedule from Karachi as several flights on Wednesday night and Thursday morning were delayed. The operations resumed after visibility improved at the airport.

Meanwhile, the Met Department has predicted that the foggy conditions are likely to continue in the port city for the next two days during morning hours. The mist reduces visibility to 1.5 kilometers in Karachi, whereas, the level of humidity in the air remains at 93 percent.

Sindh HEC Wants to Register And Monitor All Private Colleges

The minimum temperature on Thursday was recorded at 12º Celsius, which could go to a maximum of 28º Celsius during the daytime. Northeasterly winds are blowing in the city at a speed of 15 kilometers per hour.