The Pakistani Rupee (PKR) lost 13 paisas against the US Dollar (USD) in the interbank currency market on the final day of the week.

This adds to a loss of 11 paisas on Thursday that came after a gain of 10 paisas on Wednesday, eight paisas on Tuesday, and 19 paisas on Monday.

Except for its major gains on Monday this week, the PKR had more deterioration than gains on Tuesday, Wednesday, and Thursday. Friday seems to have halted its deterioration against the Great British Pound (GBP), the Australian Dollar (AUD), and the Canadian Dollar (CAD). 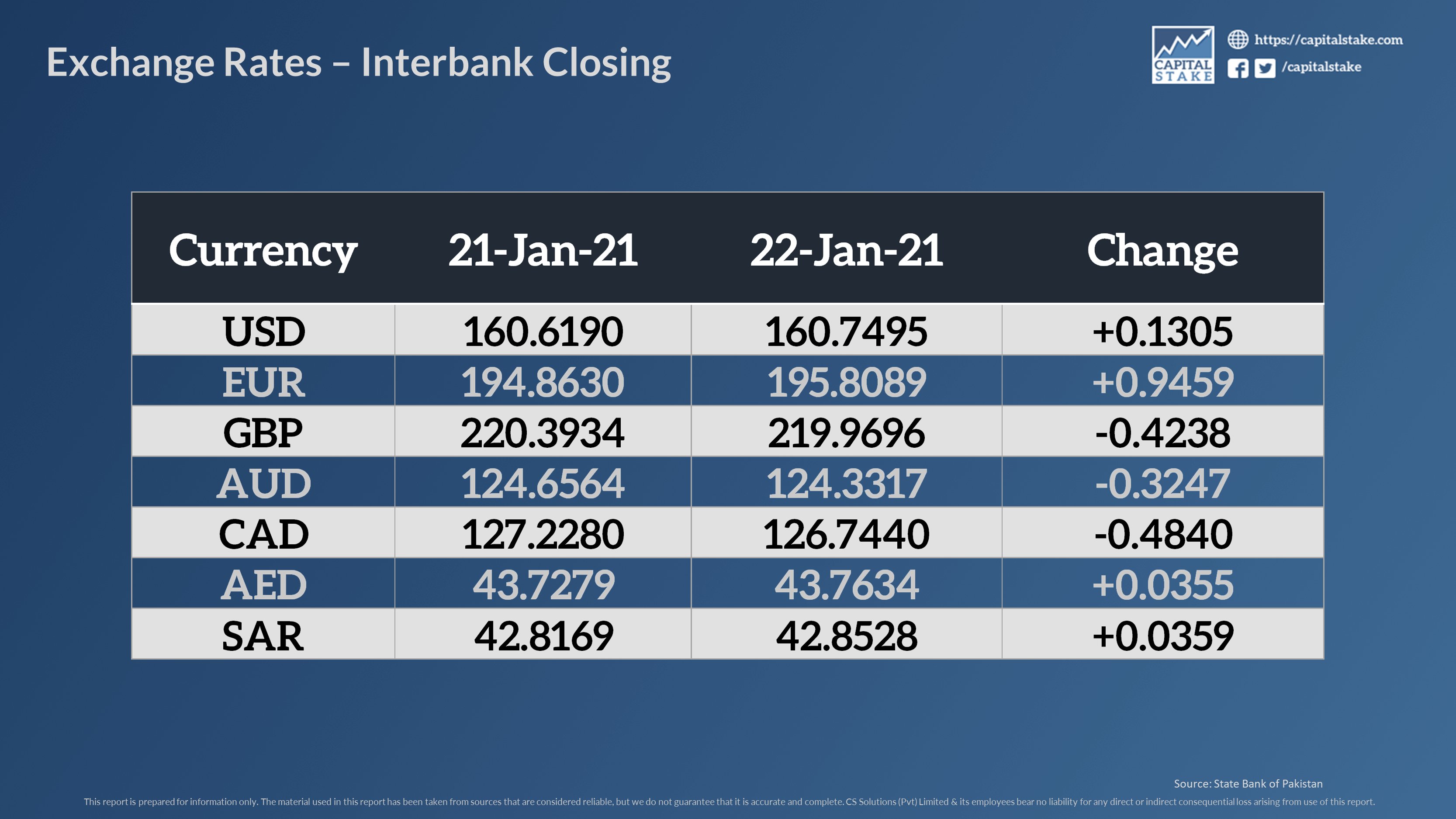 On Thursday, the PKR eroded against every major currency in the international currency market while repeating a blanket loss from earlier in the week on Tuesday.

However, on Friday, it gained 42 paisas to the GBP after posting notable losses of 96 paisas, Rs. 1.03 and Rs. 1.02 on Tuesday, Wednesday, and Thursday respectively. Additionally, Monday brought a significant improvement of Rs. 1.52 for the PKR against the GBP.

Today’s interbank market saw it improve by 32 paisas against the AUD after three days of deterioration of 74 paisas, 15 paisas, and 56 paisas respectively on Tuesday, Wednesday, and Thursday. Monday also provided it a gain of 83 paisas against the USD.

Similarly, the PKR improved by 48 paisas against the CAD in the international currency market on the final day of the week after posting losses on three weekdays. It had lost 59 paisas on Tuesday, 25 on Wednesday, and 85 on Thursday against the CAD. The trend had been one of improvement by 86 paisas on the opening day of the week.

The PKR could not turn the consistent three days of its deterioration against the Euro. After losing 71 paisas to the Euro on Tuesday, 16 paisas on Wednesday, and 11 paisas on Thursday, the PKR lost 94 paisas to it on the closing day of the week. Its only improvement against Euro this week had also been on only the opening day of when it gained 61 paisas.