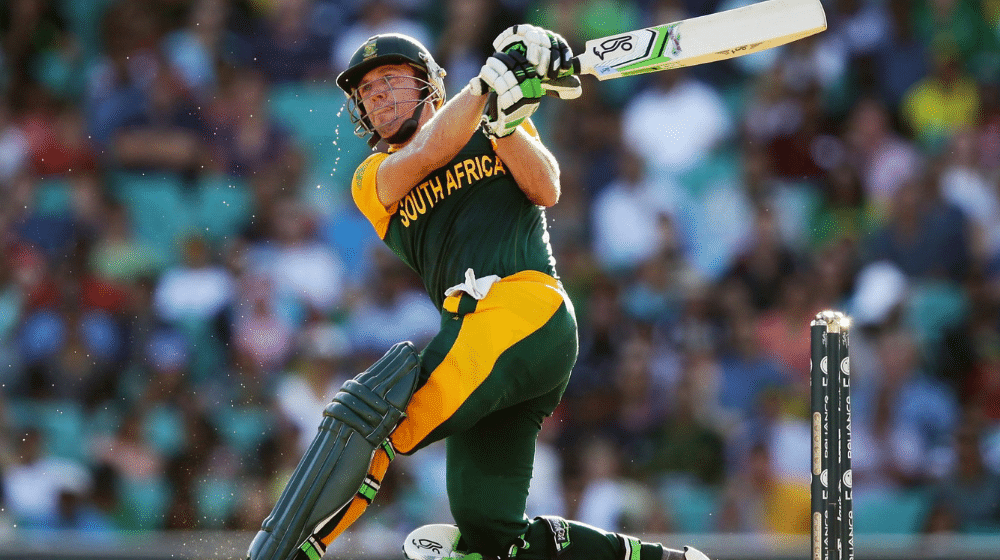 de Villiers, who is known as Mr. 360,  replied, “Very special Babar Azam. All the best. Great to be watching cricket in Pakistan again!”

Very special @babarazam258 . All the best. Great to be watching Cricket in Pakistan again!

He revealed that he was a huge fan of AB de Villiers and spent a lot of time watching him practice in the nets when he was a ball-picker in South Africa’s last tour of the country. He said that he spent more time near the South African practice sessions rather than the Pakistan team.

Moin Khan Finally Speaks Up on Nepotism Debate Around His Son

de Villiers is highly regarded as one of the best batsmen to grace the game and is one of the best in limited-overs cricket. de Villiers averaged over 50 in both the Tests and ODIs before his premature retirement from international cricket. He continues to play T20s in various franchise leagues all over the world and is still going strong. He has scored over 9,000 T20 runs at an average of 37.49 at an amazing strike rate of 150.19.

Meanwhile, Babar is one of the top-ranked batsmen in the international arena currently. He is ranked at number two in T20Is, number three in ODIs, and number six in Tests. He is leading Pakistan in the first Test match against South Africa at National Stadium Karachi. Babar will be looking to bounce back after a thumb injury ruined his tour of New Zealand.