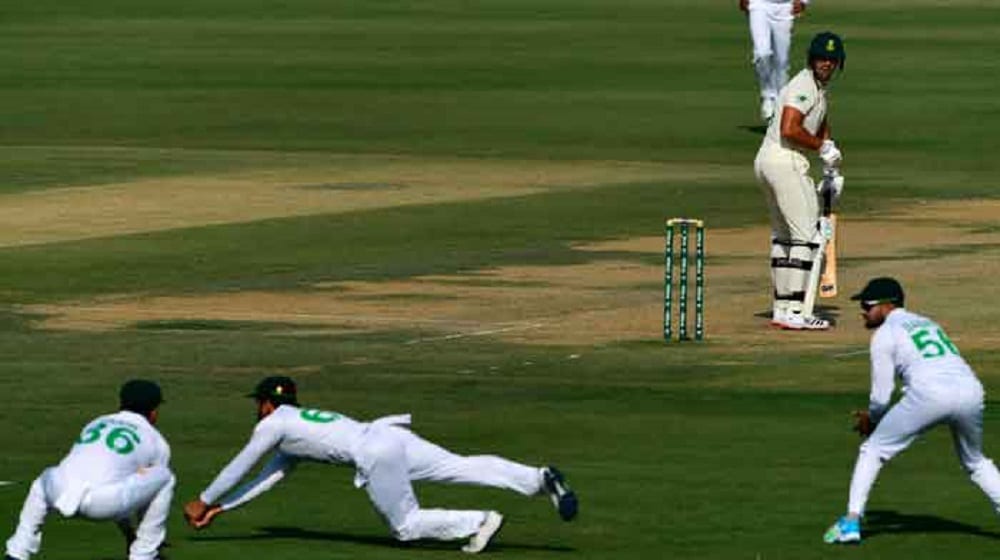 The ongoing Karachi Test between Pakistan and South Africa is also being live-streamed on a betting website, sky247.com.

According to details, sky247.com is managed by sky247.net, which is one of the sponsors of the two-match Test series. Sky247.net is a sports news website run by a Portuguese company, which also sponsors Abu Dhabi T10 League.

PCB Extends it Partnership with SNTV for Pakistan Cricket’s Highlights

Throughout the play on the first day, users placed bets while the match was being live-streamed, with PCB’s logo also visible on the left side of the video.

Note that PCB’s sponsorship contract is only with sky247.net but the sponsor, in violation of its contract with the board, is live streaming the match on its betting website- sky247.net.

When contacted, PCB’s Media Director, Sami-ul-Hasan Burney, said that the board is looking into the matter as Pakistan’s laws prohibit companies linked with betting and alcoholic beverages from sponsoring cricket events.

He added that PCB commercial contracts also include a clause that requires sponsors to respect the national cultural and religious values.

The official noted that PCB will monitor the play on the second day on sky247.com before deciding whether to initiate legal action against the sponsor or not.

It must be recalled that PSL 5 matches were also live-streamed by one of PCB’s partner on its betting website. PCB terminated the contract after the partner tendered a public apology.

Want to stream PSL while you’re on the go? Have a look at out PSL Live Streaming page then.