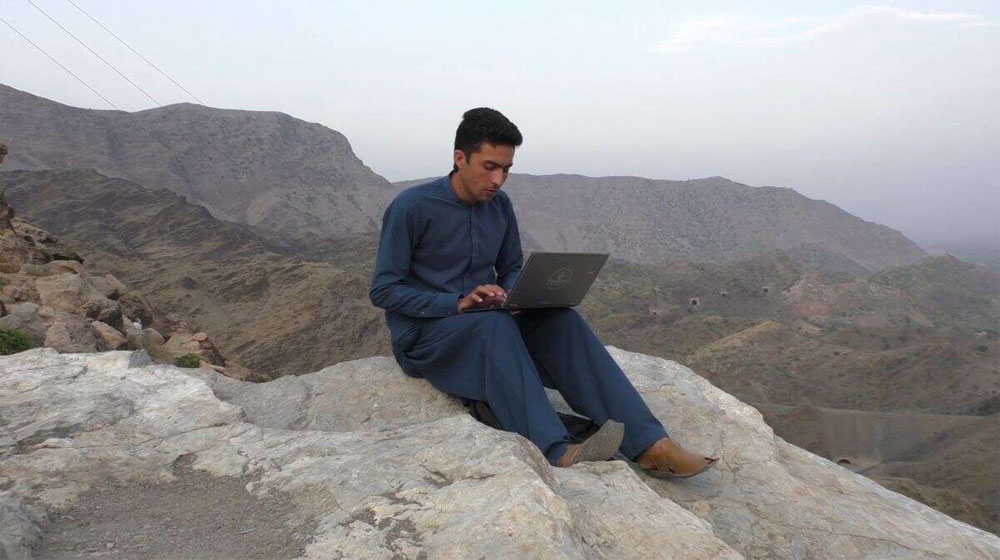 The Pakistan Telecommunication Authority (PTA) has claimed that Internet services are available to 87 percent of the population in Pakistan at the lowest rates in the region.

The demand for Internet services grew immensely in Pakistan during the lockdown in 2020 due to increased use of social media and communications applications, video streaming, and online sessions. However, the quality of the services remains comprised and has been termed as ‘poor’ in many areas by users.

Reportedly, a supportive regulatory environment, effective competition, the presence of innovative international telecom operators, and the continued resolve of the regulator to harness advanced technologies has resulted in widespread availability of Internet services to over 87 percent of the population at one of the lowest rates in the region; and mobile data prices have declined by only 0.70 percent of the Gross National Income (GNI) per capita, which is well below the UN Broadband Commission’s recommendation of less than 2 percent.

Transformation of Lifestyles During the Pandemic

Where historic lockdowns during the COVID-19 pandemic slackened economic activity, vibrant telecommunication systems played a pivotal role in ensuring the availability of essential services to the community. In a way, the pandemic actualized the true potential of broadband services and transformed lifestyles. All daily activities related to education and health, and virtually every other sector of the economy have been shifted to digital dimensions, creating a huge nationwide demand for telecommunication services.

Rising to the occasion, the PTA, while being supported by other telecommunication operators, has ensured connectivity and network resilience; offered low-priced, discounted broadband services; disseminated free advisories on the pandemic to its entire subscriber base; and facilitated the Government of Pakistan (GoP) in the disbursement of financial assistance to the needy.

The report revealed that 98 percent of Pakistan’s households own a mobile phone each, while the penetration of mobile services reached 81.1 percent at the end of October 2020, with 172.3 million mobile subscriptions.

Broadband subscriptions also showed impressive growth trends of 17 percent during FY2020, crossing the 90.1 million mark in October 2020 mark, whereas 4G subscriptions registered an exponential 60 percent growth in the FY2020. As a result, the total broadband penetration in Pakistan reached 42.4 percent by the end of October 2020.

With the expansion of 3G and 4G services, the FY2020 also had an increase of 77 percent in data usage.

The International Telecommunication Union (ITU) ranked the PTA as the 4th Generation Regulator (G4), placing Pakistan among the top five regulators in the Asia-Pacific region, and the only G4 regulator in South Asia. This recognition testifies to the rapid evolution of the ICT regulations in Pakistan and the advancement toward collaborative regulations.

The PTA also bagged the distinction of implementing the world’s first open-source, full-fledged Device Identification, Registration, and Blocking System (DIRBS), which has been internationally recognized by the ITU as a flagship project.

Through collaborative regulations, the PTA is also facilitating the regulatory framework in local manufacturing in coordination with the Ministry of Industries and Production. Given its regulatory successes, the PTA continued to share its experiences and learning at international and regional forums including the ITU, the Asia Pacific Telecommunity (APT), the South Asia Telecommunication Regulators’ Council (SATRC), the South Asia, Middle East and North Africa (SAMENA) Telecom Council, the GSM Association (GSMA), and the Commonwealth Telecommunication Organization (CTO). PTA has also been declared as the ‘GSMA Centre of Excellence’ for regional regulatory training for South and Central Asian government representatives and policymakers.

During the year under review, the PTA continued its initiatives for the development of a progressive regulatory framework to facilitate the deployment of cutting-edge technologies in Pakistan. A conducive test and trial framework was provided for the commercial adoption of the 5G services that resulted in the successful conduction of the 5G tests and trials by operators that were amongst the first trials of the  5G services in South Asia.

The GoP and the PTA aim to make the additional spectrum available in order to expand the 4G services and to enable the adoption of Voice over Long Term Evolution (VoLTE) and the 5G services. The PTA has also planned the auction of the spectrum in Pakistan, including Azad Jammu and Kashmir (AJK) and Gilgit Baltistan (GB), and the re-farming of the existing Wireless Local Loop (WLL) spectrum for the 5G services.

In terms of industry facilitation, the PTA has continued with the necessary initiatives and frameworks. It has renewed the cellular mobile licenses of Telenor Pakistan, Pakistan Mobile Communications Limited (PMCL, Jazz), and China Mobile Pakistan (CMPak, Zong) to ensure the continuous provision of mobile services.

The PTA is also developing an Over-The-Top (OTT) framework in consultation with relevant stakeholders, while the development of a regulatory framework for the Internet of Things (IoT) covering all IoT aspects including cross-sector requirements is underway. Similarly, for a coordinated and effective mechanism for expeditious management of

The Right of Way (RoW), the Ministry of Information Technology and Telecommunication (MoITT), and the PTA are working with the concerned ministries, provincial governments, and other agencies to formulate a common approach for the provision of the RoW.

The PTA worked at the forefront for the effective management of competition in the telecommunication sector and the protection of the consumers’ interests. It also reduced the Mobile Termination Rate (MTR) to PKR 0.70 effective 1 January 2020, to contribute to retail tariff rationalization. The exercise will undergo further reviews in accordance with international best practices.

Owing to the challenging competitive environment, the prices of the Subscriber Identification Modules (SIMs) were deregulated to allow operators to set reasonable prices based on market forces.

However, CMOs were debarred from demanding or levying charges on disowning of SIMs in order to protect consumer interests. The PTA also provided alternative and easy processes for SIM-related transactions for senior citizens and Persons with Disabilities (PWDs) to facilitate these marginalized segments of society vis-à-vis access to and use of mobile services.

Due to its proactive complaint resolution mechanism, the PTA has secured a top position in terms of consumer satisfaction on the Pakistan Citizen Portal. A comprehensive campaign was also launched in print, electronic, and social media to raise awareness among telecommunication subscribers about fake text messages and phone calls that fool subscribers with fake lucrative prizes and lotteries. The PTA also amended the Protection from Spam, Unsolicited, Fraudulent and Obnoxious Communication Regulations 2009, to protect telecommunication consumers.

PTA is Planning to Make Off-Net Calls Even Cheaper

The PTA also actively monitored objectionable, obscene, and immoral content on the Internet, and promptly blocked access to it. Since 2016, as many as 418,139 URLs have been processed for blocking. During the year under review, the PTA pursued active engagements with international social media platforms to ensure online content is compliant with the prevalent laws and legal frameworks.

In order to address the consumers’ needs, it launched a Consumer Support Center (CSC) for the registration of complaints about telecommunication services through a designated toll-free number.