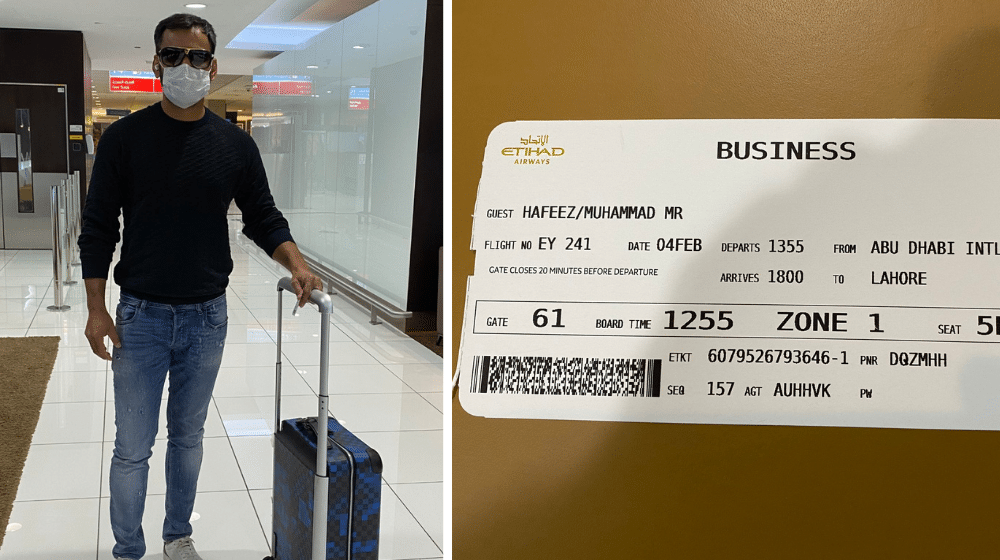 Veteran all-rounder, Mohammad Hafeez, has arrived in Pakistan today, one day after the Pakistan T20I squad was asked to report to the bio-secure bubble by the Pakistan Cricket Board (PCB). Hafeez was left out of the squad after he informed the PCB that he would not be able to join the bubble by the deadline.

Official: PSL 2021 Will Be Played in the Presence of Crowds

Hafeez was taking part in the Abu Dhabi T10 League with Maratha Arabians, who have been knocked out of the competition.

Hafeez tweeted about his travel back to Pakistan:

Sources in touch with Hafeez reported that he was heartbroken on being left out of the squad, and he claimed that he has always chosen his country over any league cricket around the world.

A PCB source, however, claimed that Hafeez had informed PCB about his unavailability before the national team toured New Zealand, and despite PCB asking him to reconsider, Hafeez stayed adamant.

PCB made it clear to all the members of the squad that the deadline to join the bubble cannot be extended as they have signed an MoU with Cricket South Africa regarding the COVID-19 protocols.

Hafeez, who has been in a rich vein of form for Pakistan in the T20Is over the past few years, might have jeopardized his place in the squad for the T20 World Cup later this year.