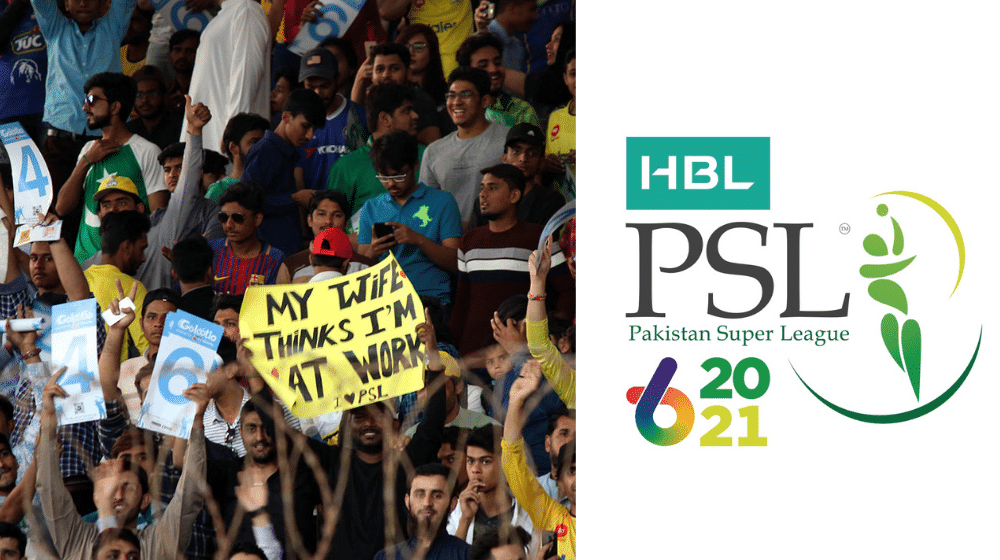 Pakistan Cricket Board today announced the National Command and Operation Centre (NCOC) has allowed 20 percent spectators to attend the Pakistan Super League 2021, which will be played in Karachi and Lahore from 20 February to 22 March.

The decision means around 7,500 ticketed spectators will be allowed access inside the National Stadium in Karachi per match day, while around 5,500 will be able to attend each match day at the Gaddafi Stadium in Lahore.

During the course of the event, the NCOC and the PCB will continue to work together and monitor the situation before a decision to increase crowd numbers for the three playoffs and the final is made.

The NCOC made the decision following a detailed and comprehensive briefing by the PCB officials, in which they assured that the event organizers and the PCB will strictly follow government COVID-19 Standard Operating Procedures, including social distancing.

Now that the NCOC has supported crowd attendances for PSL 2021, the PCB will soon announce its ticketing policy to provide further clarity to the fans on how they can purchase tickets and the process to enter and exit the venues during the matches.

“I am thankful to the NCOC for trusting the PCB and allowing limited fans to watch live action of the Pakistan Super League 2021. This is an endorsement that the PCB is an institution, which is capable of planning and then successfully implementing Covid-19 SOPs during its marquee event being staged in Pakistan for the second successive year.

These are the Most Beautiful Cricket Stadiums in Pakistan [Pictures]

“Fans are the PCB’s biggest asset and we are delighted that no matter a small number, but some will be able to have access to the matches. Their presence will add flavor and excitement to one of the biggest and most challenging leagues in the cricket calendar. We understand not everyone will get an opportunity to watch the matches due to the limited number of seats, but these are baby-steps, and considering that most of the sports events are being played in empty stadiums, this is a positive achievement and step in the right direction.

“I am optimistic that if we can maintain strict protocols during the PSL 2021 matches we will have a strong case for more fans in the 2021-22 season in which we have to host high-profile international teams such as New Zealand, England, and the West Indies as well as quality domestic events, including the National T20 Cup, Quaid-e-Azam Trophy and the Pakistan Cup.”