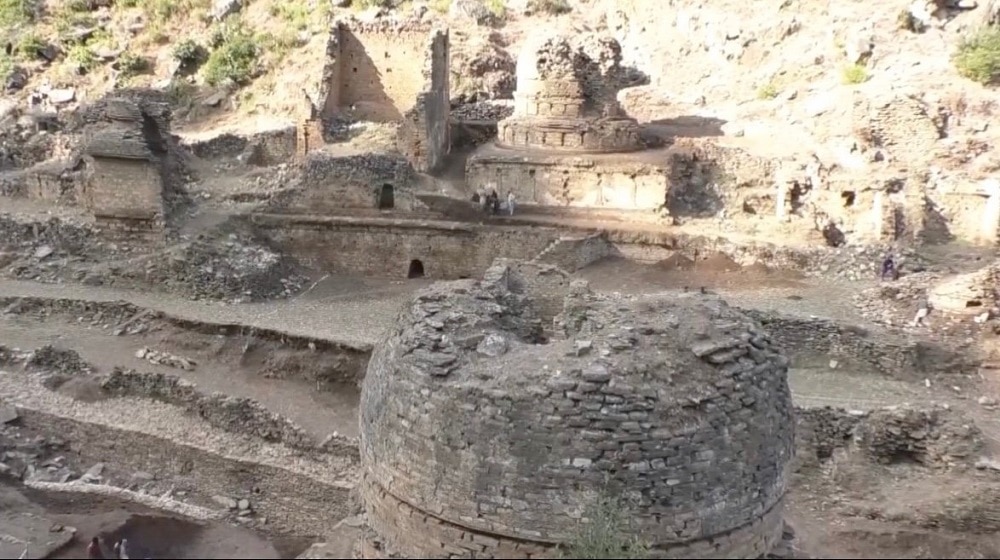 Archaeologists believe the structures are the remains of an ancient monastic complex that consists of a monastery, school, stupas, viharas, and other buildings.

Led by Chief Archaeologist, Saqib Raza, KP’s Directorate of Archaeology and Museums had started the excavation at the site last month.

According to Saqib Raza, the monastic complex was built during the time of the Kushan era. The school features an assembly hall where students were taught many subjects including philosophy.

The archaeology team has also found a piece of a coin as further excavation is underway.

Students working with the Directorate of Archaeology have stated that the discovery will help them better understand the Buddhist era. They argued that this site is a place of learning for the generations to come as it would bring them closer to an old civilization.

Chief Archaeologist revealed that the Directorate of Archaeology has decided to completely restore the ancient monastic complex to promote religious tourism in the province.