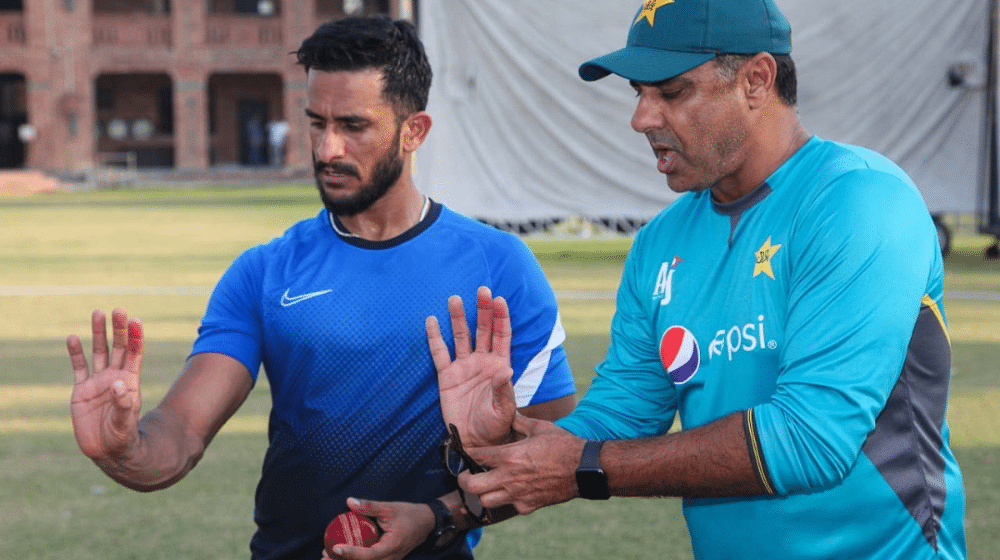 Hasan Ali made a spectacular comeback to the national side as he went onto pick his first Test ten-wicket haul in the second Test match between Pakistan and South Africa at Rawalpindi Cricket Stadium. Hasan’s heroics helped Pakistan win the series against South Africa and move up two places in the ICC Test rankings.

South Africa put up a good fight on the fifth day and at one point looked set to win the match. Pakistan came out of the lunch break with all guns blazing and dismantled the South African batting unit on their way to a memorable series win.

Hasan revealed that bowling coach Waqar Younis’s advised him during the lunch break.

“Vicky Bhai [Waqar Younis] told us to not give up and keep hitting the ball on the right areas. There was variable bounce for fast-bowlers on the pitch, so our plan was to keep bowling stump to stump. He said once you get one wicket, others will follow and that’s what happened,” Hasan said.

It must be noted, however, that all three of Hasan’s wickets after lunch came off balls that were bowled outside the off-stump, completely opposite of what the bowling coach had suggested.

Heading into lunch, South Africa looked strong at 241/3, with the well-settled batsmen, Aiden Markram and Temba Bavuma, at the crease. Hasan Ali and Shaheen Afridi rose to the occasion as soon as the second new ball became available, ripping through the South African batting lineup.

Pakistan picked up the remaining seven wickets for 33 runs as South Africa collapsed at 274. Hasan Ali finished with figures of 60/5 and Shaheen Afridi 51/4, showing the importance of quality fast bowling.