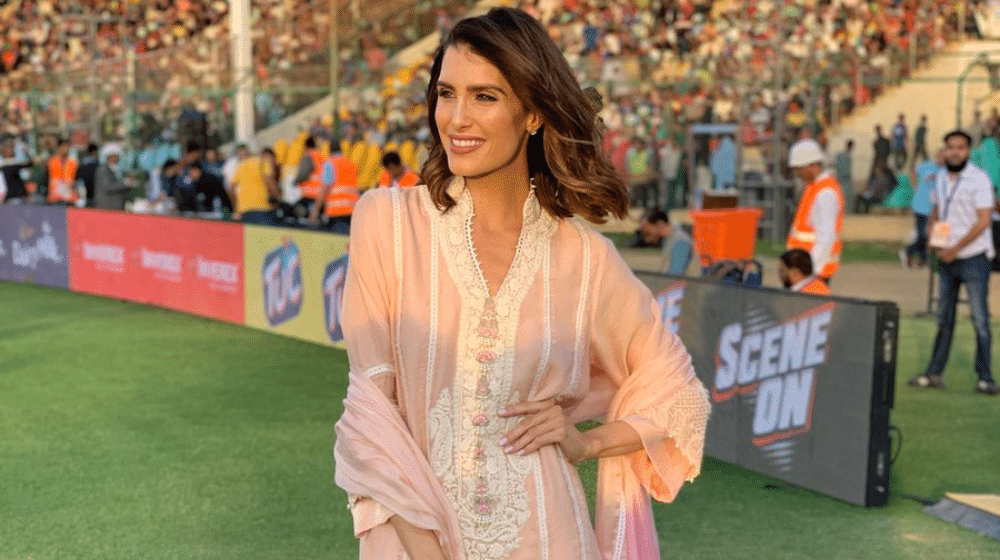 Australian presenter, Erin Holland, expressed her disappointment on not being part of the Pakistan Super League (PSL) commentary panel this season. Holland is hopeful that she will be a part of PSL next season.

Holland took to Twitter to express her disappointment for missing out this year.

Very disappointed not to be involved this year. I wish everyone all the best for what’s sure to be a huge tournament again – thanks for all the support, and hope to see everyone again next year xx

The former Miss World Australia thanked her fans for all the support and wished to see them next year.

Holland recently tied the knot with Quetta Gladiators all-rounder, Ben Cutting, and fans were expecting her to accompany him in PSL this season. Holland was one of the presenters in a star-studded commentary panel last year.

Holland made her name as a TV presenter in the Big Bash League (BBL). She has since gone onto establish herself as a top cricket presenter. She is also an accomplished singer, model, and actor.

Apart from them, the usual suspects, Bazid Khan, Ramiz Raja, Simon Doull, Danny Morrison, Alan Wilkins, and Dominic Cork, are a part of the PSL commentary team this season.