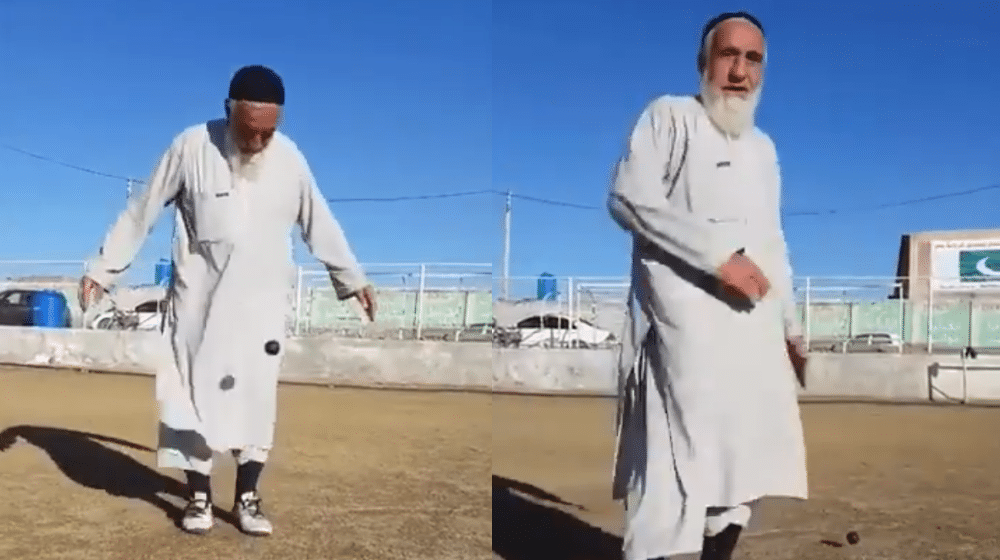 Video of an old man doing freestyle football skills has gone viral on social media. Haji Mehrban Aqa, a former professional football player, can be seen doing ‘keepy uppies’ with a small ball. The video has left many football fans in Pakistan in awe of his skills.

The video was shared by Football Pakistan on their various social media accounts.

Ahmed Mujtaba Aims to be Trained by Khabib Nurmagomedov

Haji Mehrban Aqa from Chaman with some tekkers. 🇵🇰 ⚽

Haji Mehrban Aqa hails from Chaman and is the father of the Pakistan International midfielder, Mehmood Khan. Aqa himself is a former professional footballer.

The video has caught the attention of football fans in the country, and many have demanded that the infrastructure of football should be improved to bring forward such talent. Aqa might have not had the opportunity to go on and establish himself as one of the top players, but there is still plenty of talent in Pakistan waiting to be unearthed.

Ex player Haji Mehrban Achakzai: football love at this age is nothing else but passion… #Chaman https://t.co/GMiOC4hbD6

Chaman has a rich history of football, and football is the most popular sport in the area. It has produced some top-quality talent over the years, and Haji Mehrban Aqa is one that did not get the deserved spotlight during his prime.