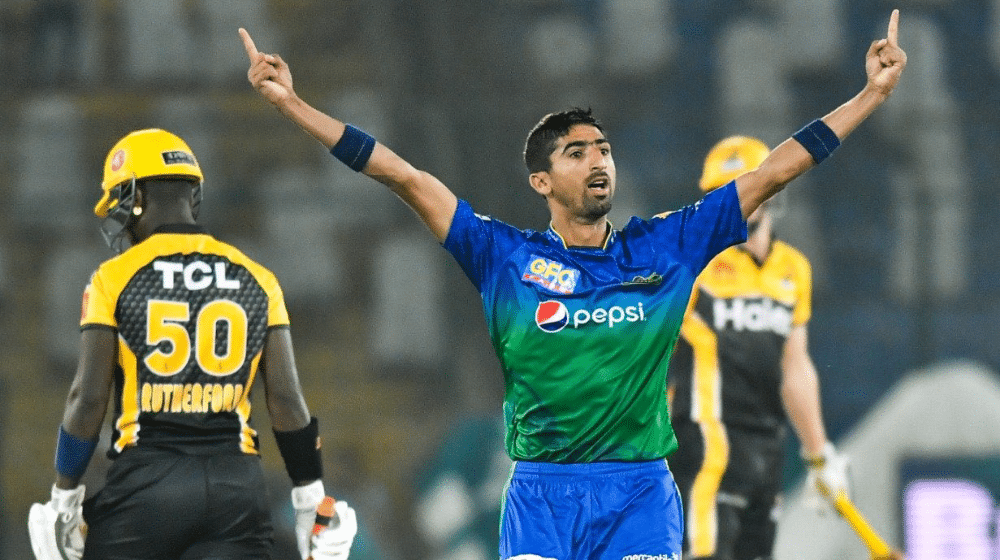 Shahnawaz Dhani had one of the most memorable debuts in Pakistan Super League (PSL) history as he stepped onto the field for Multan Sultans in their match against Peshawar Zalmi. Dhani picked up two crucial wickets of Sherfane Rutherford and Tom-Kohler Cadmore in the 17th over and gave Multan Sultans a glimmer of hope before things went south.

Dhani then conceded 25 runs in the 19th over as Peshawar chased down the target of 194, registering their first win and moving up the PSL points table.

Here are the PSL Points Table Standings After Match 5

Dhani, who hails from Larkana, Sindh, has had a topsy turvy journey throughout his life and is living the dream of millions of youngsters around the country. He came into the limelight for his sublime performances in this year’s Quaid-e-Azam Trophy, his debut first-class season. The cricketing fraternity was impressed with the attitude of the 22-year old.

Until a few years ago, Dhani was not sure if he would make it as a cricketer. Dhani said that he used to work as a farmer and cultivated wheat and rice in his village. He used to play tape ball cricket with his friends but his father had put some restrictions.

His father wanted him to be a government official. Dhani’s family did not even have a television at home as his father believed that Dhani would lose focus on his studies and watch cricket all day long but Dhani’s love for the game overpowered the wishes of his father.

Dhani’s father sadly passed away a few years ago. His elder brother pushed him to pursue his passion for cricket.

“One day, an official of Larkana Regional Cricket came to the village and invited me to go to Larkana U-19 trials after seeing my bowling. When I gave trials, I did not have the shoes and socks were given to me by my friend. I had not played hardball cricket till then, but I overcame the problems and played in the inter-district tournament,” Dhani said.

Dhani said that before this season, no one in his village knew about PSL or cricket, but now the entire village is happy.

Dhani will be seen in action for Multan in their next match, against Lahore Qalandars on 26 February. Here’s Multan’s full schedule.