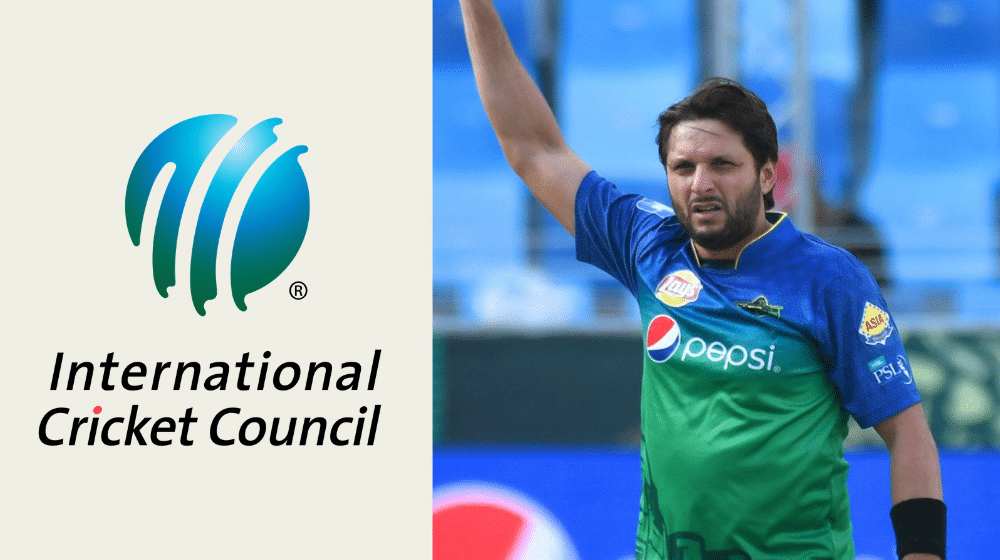 Back in July 2020, International Cricket Council (ICC) set new regulations to resume the cricketing activities in the world during the global COVID-19 pandemic.

According to the regulations, bio-secure bubbles had to be established, players were prohibited from using their saliva on the ball, handshakes were discouraged for a while, there was to be limited contact between the two teams and the match officials as well. Some of the regulations have since been relaxed.

Former Pakistan all-rounder, Shahid Afridi, always known to voice his opinion, questioned the ICC regarding one of those rules. Afridi directed a question towards the cricket governing body on Twitter and asked them why the match umpires are not allowed to hold the caps of the players even though they are part of the same bio-secure bubble.

Dear @ICC wondering why the umpires are not allowed to hold bowlers cap even though they are in the same bubble as the players/management and even shake hands at the end of the game? 🤷‍♂️

Afridi raised a valid point, pointing out that if umpires and players are allowed to shake hands at the end of the match, then why aren’t they allowed to hold the cap of the bowler.

The 40-year old is still going strong and is putting in some terrific performances for Multan Sultans in the ongoing Pakistan Super League (PSL).

Although Multan is still winless after their first two games, Afridi is in fine form with the ball. He picked up two wickets against Islamabad United and showcased his talents in the field with a brilliant run-out. Multan will be hoping that Afridi continues his fine form and help them climb up the PSL points table.

Multan’s next match is against Lahore Qalandars on 26 February. Have a look at Multan’s PSL schedule here.