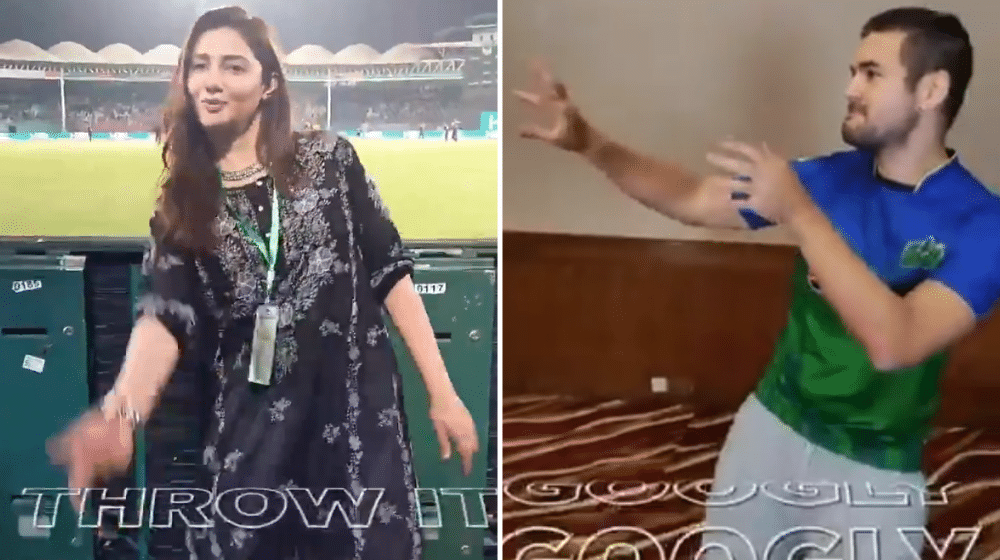 Mahira Khan was present at the match between Peshawar Zalmi and Quetta Gladiators on Friday, as part of a promotional campaign for her new upcoming web series ‘Barwaan Khilari’. Mahira is also one of Peshawar Zalmi’s brand ambassadors and could be seen supporting her team in the match.

Video of her dancing to the tunes of ‘Googly’ was uploaded across various social media platforms by PSL’s official account.

The #googlychallenge just went up to the next level as Queen @TheMahiraKhan steps up!

Apart from Mahira, Multan Sultans middle-order batsman, Rilee Rossouw, also took on the googly challenge and impressed the fans with his dancing talents. Rossouw has been part of the PSL since the first season. He was part of the Quetta Gladiators squad for the first four seasons, before being picked up by Multan Sultans last year. Rossouw has had a successful time in PSL and also holds the record for the fastest century in PSL history.

Fans have been encouraged to take part in the #GooglyChallenge, where they have to upload their dance on the googly song. The best fan videos will be uploaded by PSL across various social media platforms.